In 1936 San Francisco Sheriff Daniel Murphy had an official "General Plan" map drafted of then-County Jail No. 2. The jail was opened in 1934 and was located in San Mateo County on 242 acres of San Francisco watershed land. The resulting graphic survey displayed the locations of seven specific agricultural plots on the grounds, which were a key component of the political/electoral advocacy of building the facility in rural San Mateo County. 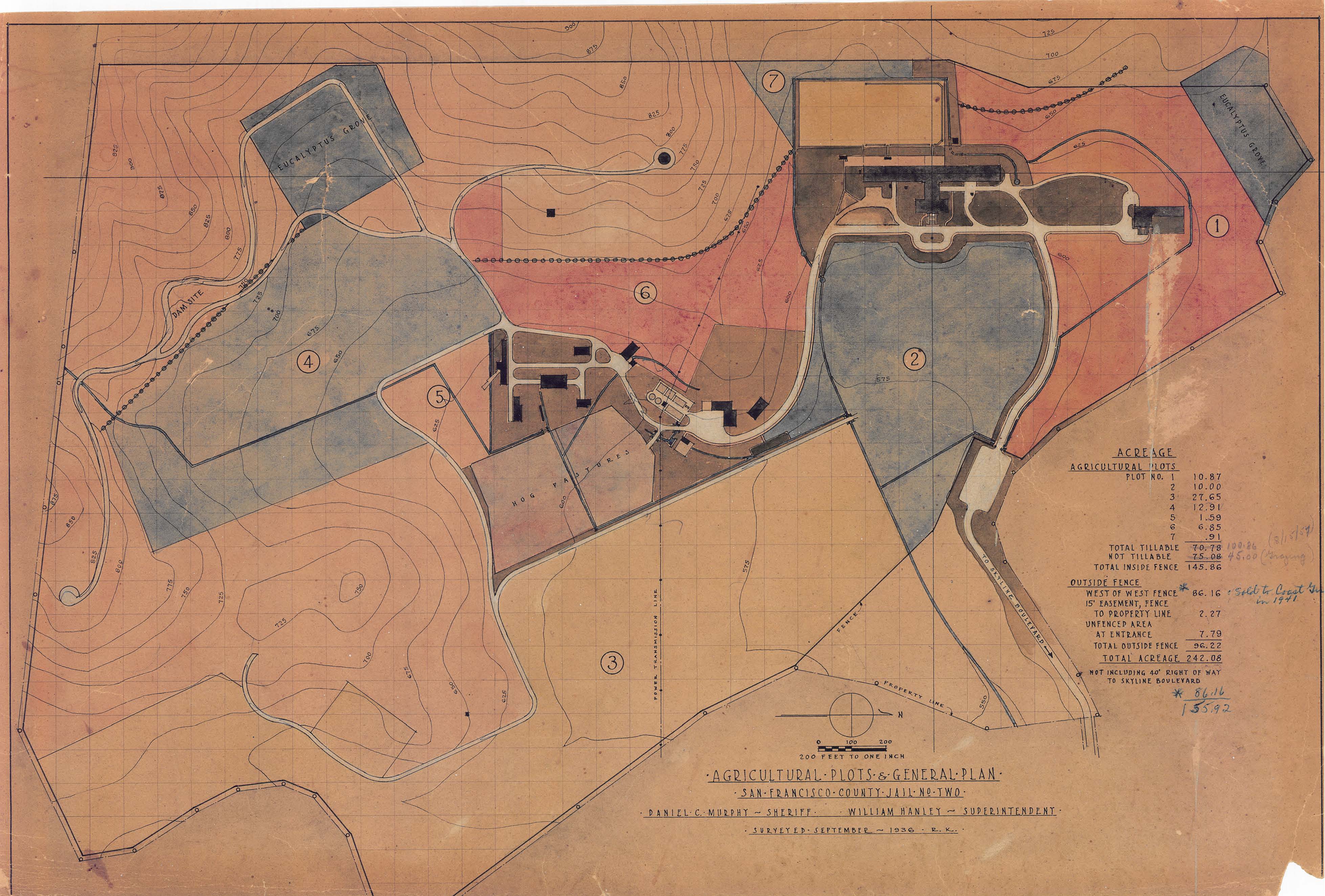