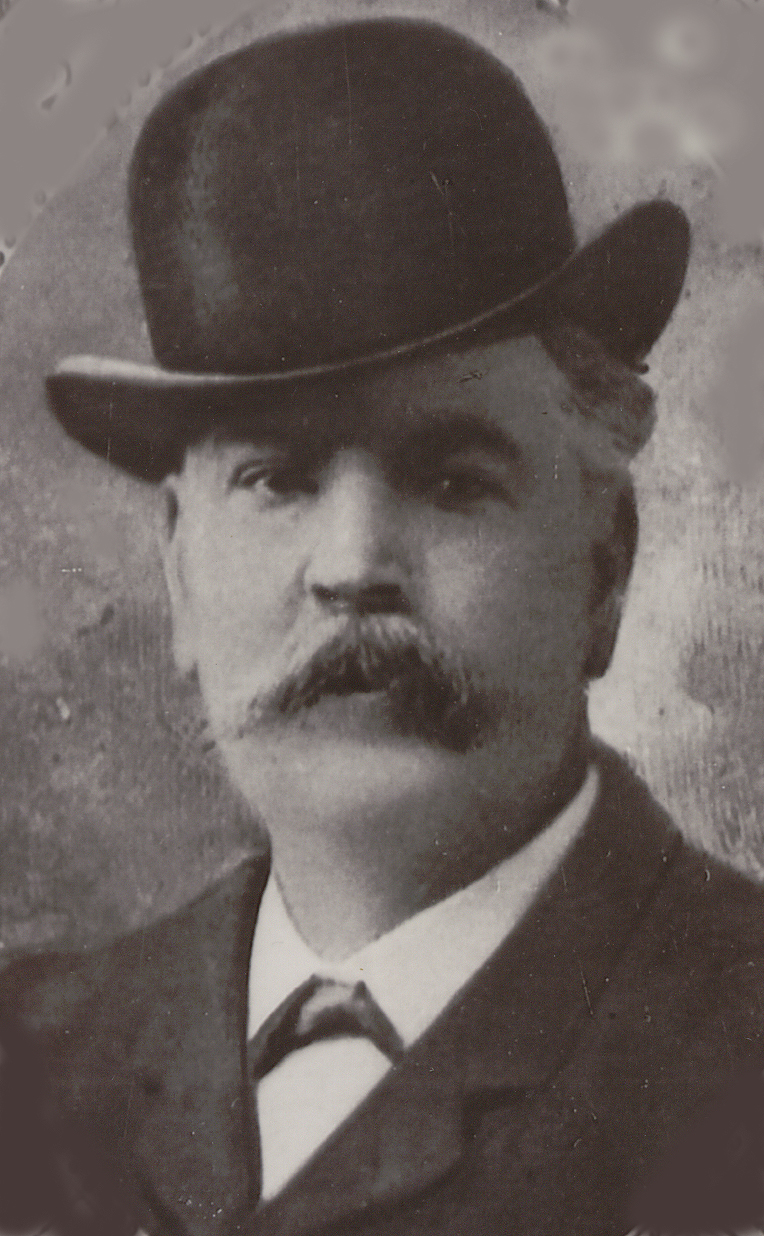 It’s not often that a person who helps engineer an infamous international prison break is later elected county sheriff. Tom Desmond did exactly that and became a hero to a generation of 19th century Irish Americans.

Thomas Desmond was born in Cobh, County Cork Ireland in 1838. He came to the United States in 1854 at age 16, fought for the Union Army in the Civil War, and then moved to San Francisco where he became a San Francisco deputy sheriff.

As a native son of Ireland, Desmond remained very involved in the political and social activities of San Francisco’s large Irish community.

Between 1865 and 1867 a huge cause célèbre in the American Irish community was the incarceration of Irish nationalists by the British government. Hundreds of the “Fenian Brotherhood”, as the Irish nationalists were called, were rounded up, arrested and put in prisons. Sixty-two of the Irish rebels were sentenced and then transported to Freemantle Prison in Western Australia.

By 1871 most of the imprisoned Irish republican prisoners had been released from custody on the condition that they never return to the British Isles. The notable exceptions were six Irish prisoners held in Freemantle Prison who had been members of the British Army at the time of their arrest. Since their crime was considered treason, the English had no intention of ever granting them release.

A nationwide Irish support organization (Clan na Gael) decided to set up a committee to devise an escape plot to free the Irish Six. The planning and execution of the Clan’s escape plan was complex and daring, involving about a dozen Fenian agents working in two groups.

The three-masted Catalpa was purchased for $5,200 by Fenian John Devoy in New Bedford, Massachusetts. Her crew of 22 sailors had no idea they were on a mission to break Irish republican prisoners out of an Australian prison.

An East Coast group was led by John Devoy, who had been given amnesty by the British providing he leave Ireland forever. Devoy moved to New York City and became a newspaper reporter but he was fiercely dedicated to freeing the Australian political prisoners. With money collected by the Clan, Devoy purchased and outfitted a whaling bark.

The ship was named Catalpa. It set sail from Massachusetts for Western Australia on April 29, 1875, and arrived a full year later in March of 1876.

The “advance team” from the West Coast consisted of two people: John Breslin and former San Francisco Sheriff’s deputy Tom Desmond. The two left San Francisco in September 1875 on the mail steamer Cyphranes and arrived in Australia a month later. Breslin infiltrated Australian society, posing as a rich American interested in making a substantial investment in Australia. Tom Desmond found a job as a carriage maker, which gave him ample access to wagons and horses.

Tom Desmond’s job on the day of the escape was simple: cut the main telegraph lines near Freemantle Prison, then provide horses and carriages to spirit the six Irish prisoners from the prison grounds 31 miles to the Australian Coast, the Catalpa, and freedom. 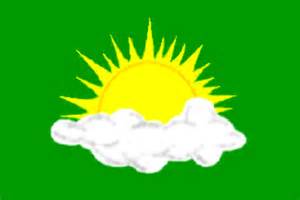 The full tale of the escape and the long journey of the Irish Six on the good ship Catalpa can be found in several books, a film, and at various sites on the internet. This exciting and audacious tale of a political escape involving dozens of people and four countries today seems more fiction than fact. Just imagine an international escape plot that included a round trip journey on a whaling ship that took fifteen and a half months to complete!

Without question, John Breslin was the leader of the escape planning in Australia. Unfortunately in most accounts Desmond’s role is almost invisible compared to that of John Breslin, but Breslin later remarked, “I now believe that if Desmond had been sent alone to Australia, the rescue would have been as successfully accomplished.”  ("The Voyage of the Catalpa", p. 383) 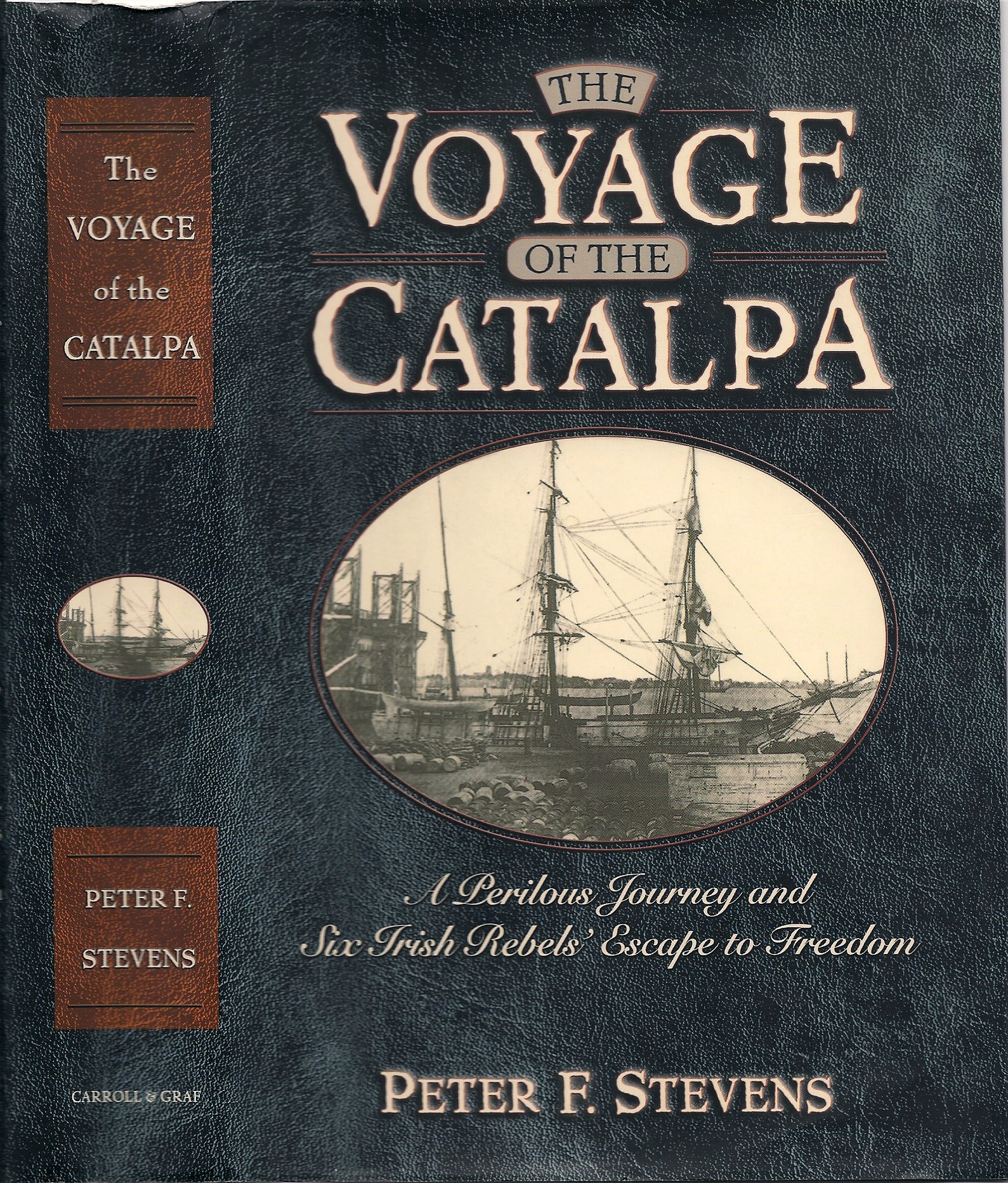 "The Voyage of The Catalpa: A Perilous Journey and Six Irish Rebels’ Escape to Freedom" by author Peter Stevens.

After successfully engineering the escape, rowing for two days through a stormy sea to reach the whaling ship, facing down an Australian police cutter with over 30 armed men aboard, and sparring with a private steamship seized by Australia’s governor intent on thwarting the escape, Breslin, Desmond, the rescued prisoners and the crew sailed back to America on Catalpa.

The Fenian escape team and the freed Irish prisoners finally sailed into New York City harbor on August 19, 1876 to a tremendous welcome, as well as to great embarrassment and anger by the British government.

Desmond then worked his way back to San Francisco where he was hailed by the City's large Irish community as a hero, although of the decidedly anti-establishment type. Quickly thereafter, Desmond became a natural political candidate for the Irish dominated Workingmen’s Party of California and its fiery anti-immigrant leader, Denis Kearney.

1879 was the Year of the Workingmen’s Party of California (WPC) in San Francisco.

The WPC swept nearly every local elected office, including Mayor, Sheriff, District Attorney, Treasurer, Auditor, City Attorney and Public Administrator, in addition to several state assembly and senate seats.  Unfortunately, its victory came in great part because of its racist “Chinese Must Go” slogan and philosophy. Denis Kearney wanted to rid California and the country of the "cheap Chinese labor" used by companies like the Central Pacific Railroad. 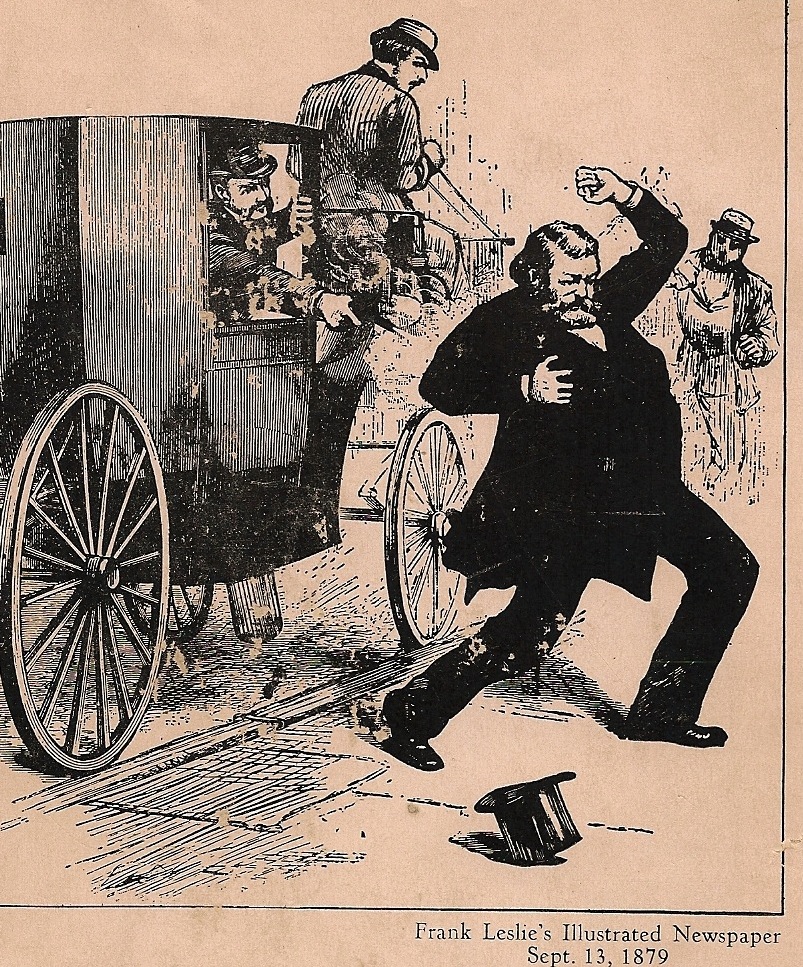 On August 23, 1879 Chronicle Editor Charles de Young shot WPC mayoral candidate Isaac Kalloch from inside a carriage at the corner of 5th and Mission Streets. There was an intense personal feud between the two men that culminated in Kalloch suggesting that de Young's mother ran a house of prostitution.

Kalloch survived two gunshot wounds and was elected Mayor by about 500 votes over the rival Republican candidate.

Further sympathy was engendered by WPC mayoral candidate Issac Kalloch, who had been ambushed and shot in the street only days before the election by the owner of the San Francisco Chronicle, Charles de Young. The shooting was a municipal scandal of epic proportions, and it led to a tremendous political victory for the upstart Workingmen's Party.

Candidate Issac Kalloch survived the shooting, won the election and served one tumultuous term as San Francisco's Mayor. In just two years, during the 1881 elections, virtually all of the newly elected WPC office holders were swept out of office. While Mayor Kalloch and his family took high honors for public drama, Tom Desmond’s single term as Sheriff was also filled with a great deal of political controversy.

Four months after Mayor Kalloch assumed office, his son, Milton Kalloch, retaliated for the ambush on his father by shooting and killing Charles de Young in the Chronicle office.  Milton Kalloch was placed in the Broadway Jail and charged with the murder. While awaiting trial on the murder charge, Sheriff Desmond allowed the younger Kalloch to be temporarily released from jail on several occasions to attend to personal matters. 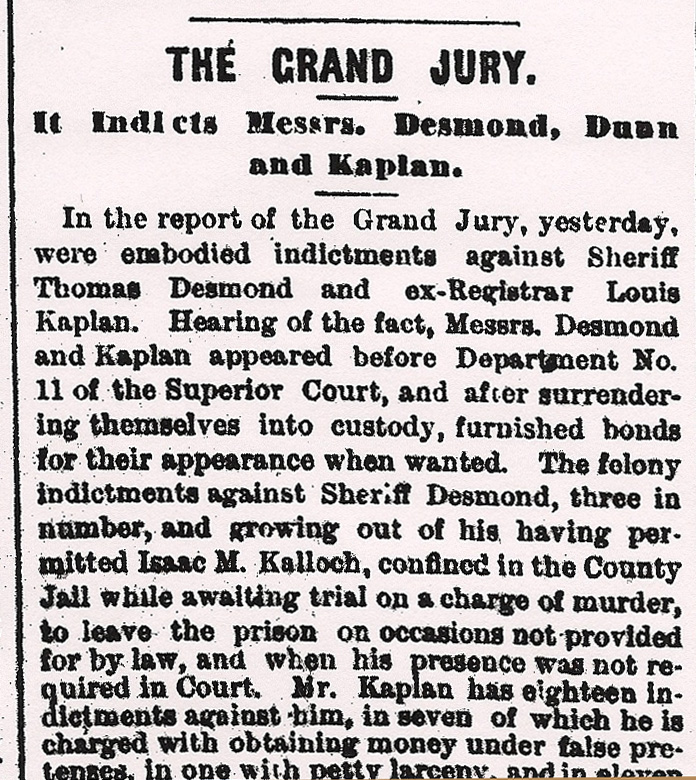 This resulted in Tom Desmond being vilified in the newspapers and finally indicted by the Grand Jury on three felony charges. The charges were ultimately dismissed on a jurisdictional challenge.

Desmond’s association with Mayor Kalloch and the Workingman’s Party resulted in the unrelenting enmity of The San Francisco Chronicle. The Chronicle and other newspapers found regular excuses to criticize Sheriff Desmond and his subordinates over a variety of issues.

When one paper, the Daily Evening Post, began to regularly criticize Desmond, another paper, The Daily San Francisco Graphic, responded with a full page cartoon depicting Desmond as a monument and the Evening Post as “a mean dog that barked only at the good.”  The Graphic declared Desmond to be “The Best Sheriff San Francisco Ever Had.” 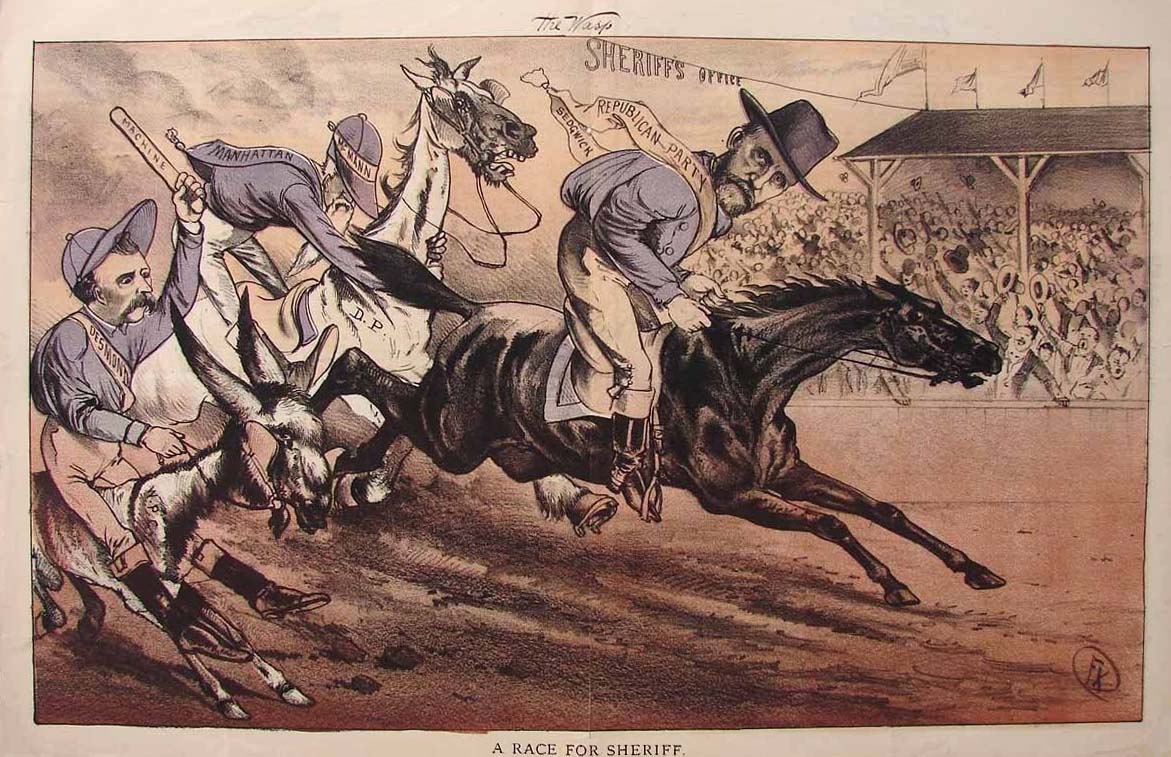 From “The Wasp”, weekly illustrated magazine. The cartoon depicts the 1881 election race for Sheriff. Leading the pack is John Sedgwick, the Republican candidate, who has passed Sheriff Thomas Desmond, riding a "Workingman's Party of California" billy goat. Behind Sedgwick is the Democratic candidate William McMann, who would eventually be elected Sheriff in 1887.

By the time 1881 elections came around, the Chronicle was running regular stories attacking Sheriff Tom Desmond and praising his main opponent, the former Sheriff of Tuolumne County John Sedgwick.  These stories were countered by The Examiner, who lionized “Honest Tom” and attempted to portray Sedgwick as liar and a thief.

Ultimately, by the fall of 1881, the Workingmen’s Party of California fell completely out of favor with the voters at the local level and State-wide. Most WPC candidates, including Tom Desmond, ran as both a Democrat as well as a WPC candidate, but the local Republican Party candidates won nearly every municipal and county office, including Mayor, District Attorney, Treasurer, and Sheriff.

John Sedgwick won the Sheriff election easily and Tom Desmond moved on with his life, opening a business with which he became reacquainted in Australia:  carriage maker.

Desmond remained in San Francisco until his death in 1910, spending a great deal of his time as an officer of the Knights of the Red Branch, an Irish fraternal organization which had its headquarters and dance hall on Mission Street at Seventh.

He also remained a high profile personality in the Irish independence movement, so well-known that on two occasions when there was the murder of a suspected traitor to the Irish cause, Desmond was named as one of the usual suspects. But he was exonerated each time.

Thomas Desmond was buried in Holy Cross Cemetery in Colma, Ca just south of San Francisco. Initially, his grave was marked with an unimposing headstone, and he was largely a forgotten almost mythical figure for many decades.  Desmond's life and legend was resurrected in the 1970s as greater interest in the history of  the Irish “troubles” gain international attention.

In 1976, on the one hundredth anniversary of the escape of the Irish Six, an elaborate gravestone complete with portrait of Thomas Desmond was dedicated at his grave. The location has been the site of an annual pilgrimage ever since.