These include everything from a ship anchored in San Francisco Bay to a former schoolhouse; from a military brig on an island in the middle of San Francisco Bay (no, not that island) to two jail buildings destroyed in the 1906 earthquake. And, amazingly, the list also includes three separate San Francisco County jails which were built and run by the San Francisco Sheriff’s Department in another California county.

Variations in the demographics of San Francisco’s population, fluctuations in the crime rate, and changes in State law all created periods of jail expansion and contraction. At various times since 1846, San Francisco residents have demanded more jails be built or lobbied for a reduction in jail construction.

Over the decades, evolving California law and innovations in the management of county jail prisoners dramatically impacted how jails are built. Mandated improvements in the level of prisoner health care and recognition of the need for education and community re-entry programs have reflected the public’s expectation that local jails should be more than a revolving door for criminals.

As of 2020 San Francisco has four county jail facilities. The old County Jail #3 San Bruno building was closed in 2006 and the former jail on the 6th floor of the Bryant Street Hall of Justice is now a Records Unit.

The following is a chronological historic list of San Francisco’s county jails, many with overlapping operational dates.

Notes: At various times the capacities in San Francisco’s jails changed due to building expansion, adding extra beds to existing housing areas, or other events like earthquake damage. The capacities listed here reflect the most prevalent housing numbers per each jail’s official rating, original facility design, or gathered from researched data. 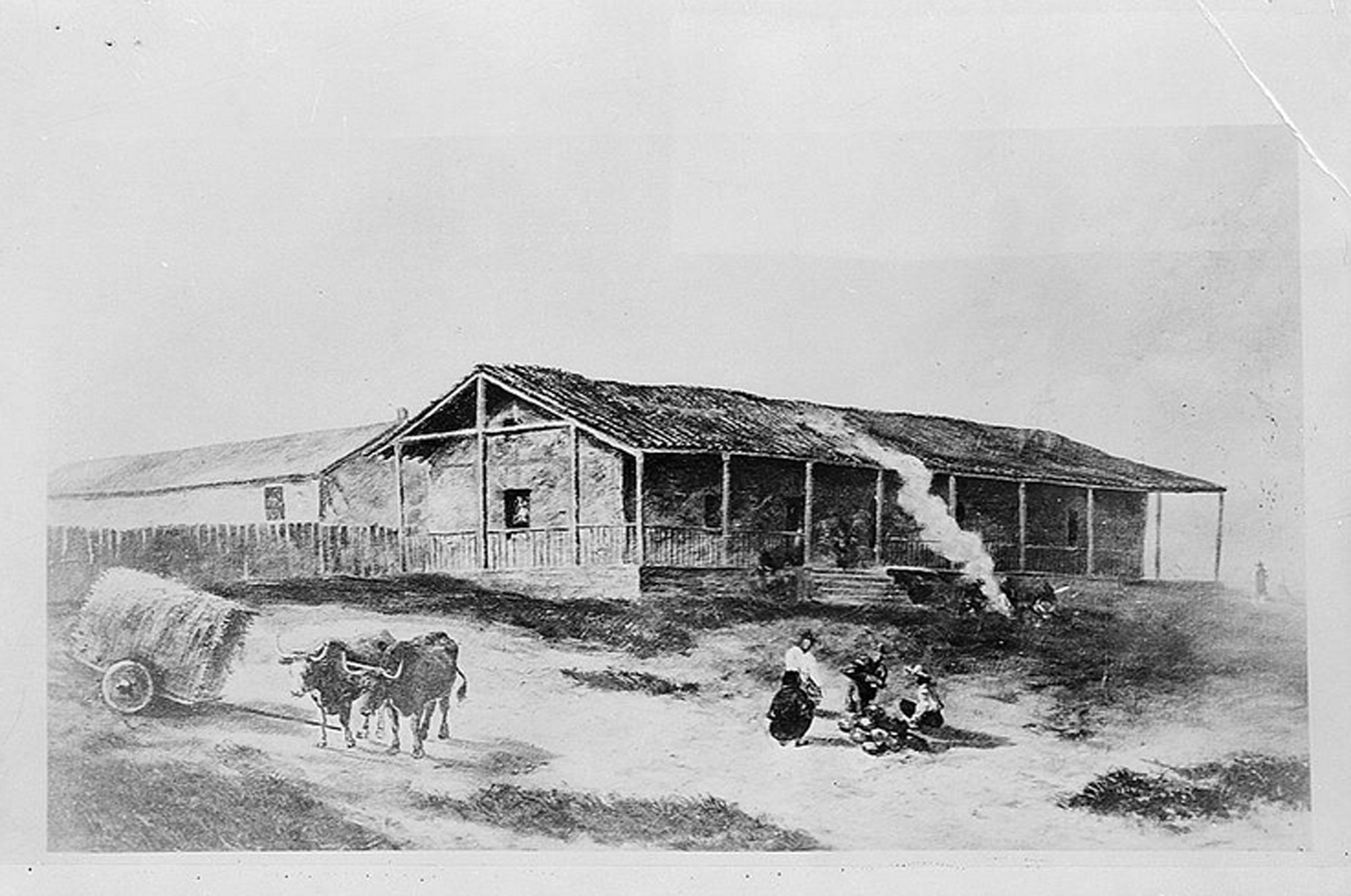 The Calaboose
Dates: 1846-1847
Location: Corner of Clay and Stockton Streets on the west side of Portsmouth Square.
Capacity: 3 (not officially rated).

Description
Located next to the Custom House (pictured above), the Calaboose was a small former Mexican military jail taken over by American authorities in 1846. It was San Francisco’s first civil jail. In 1847 two constables were appointed by the American Alcalde, one of whom was assigned as “keeper” of the jail. The wooden structure was immediately inadequate for San Francisco’s growing needs. 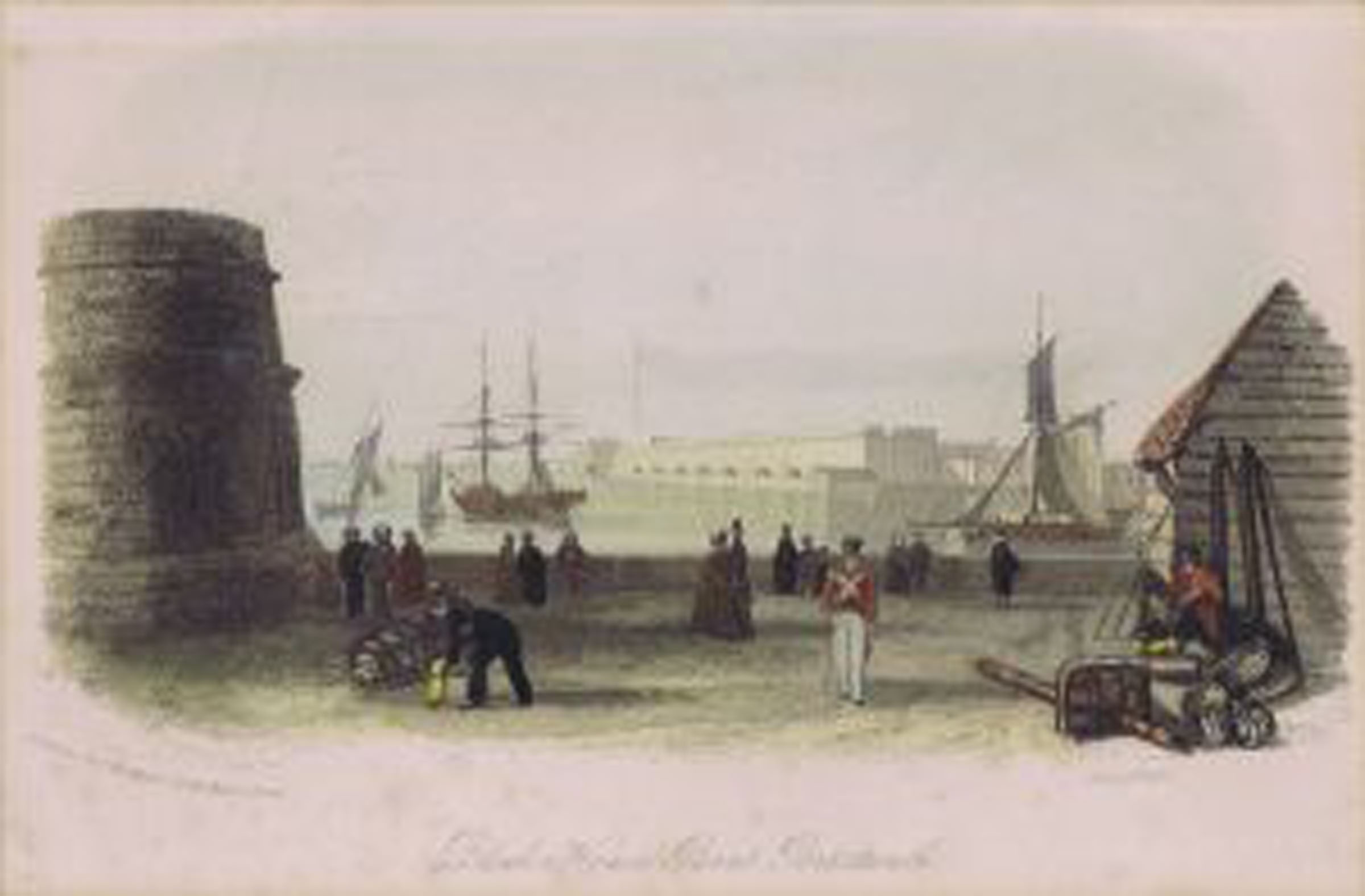 Description
Built originally by the US military to protect the City against a Mexican attack, the Blockhouse (left) was used as a jail to supplement the Calaboose. Conditions were squalid, security non-existent. Things were so bad that one morning a prisoner presented himself at the American Alcalde’s office with the jail door on his back as a protest because he didn’t receive his breakfast on time. 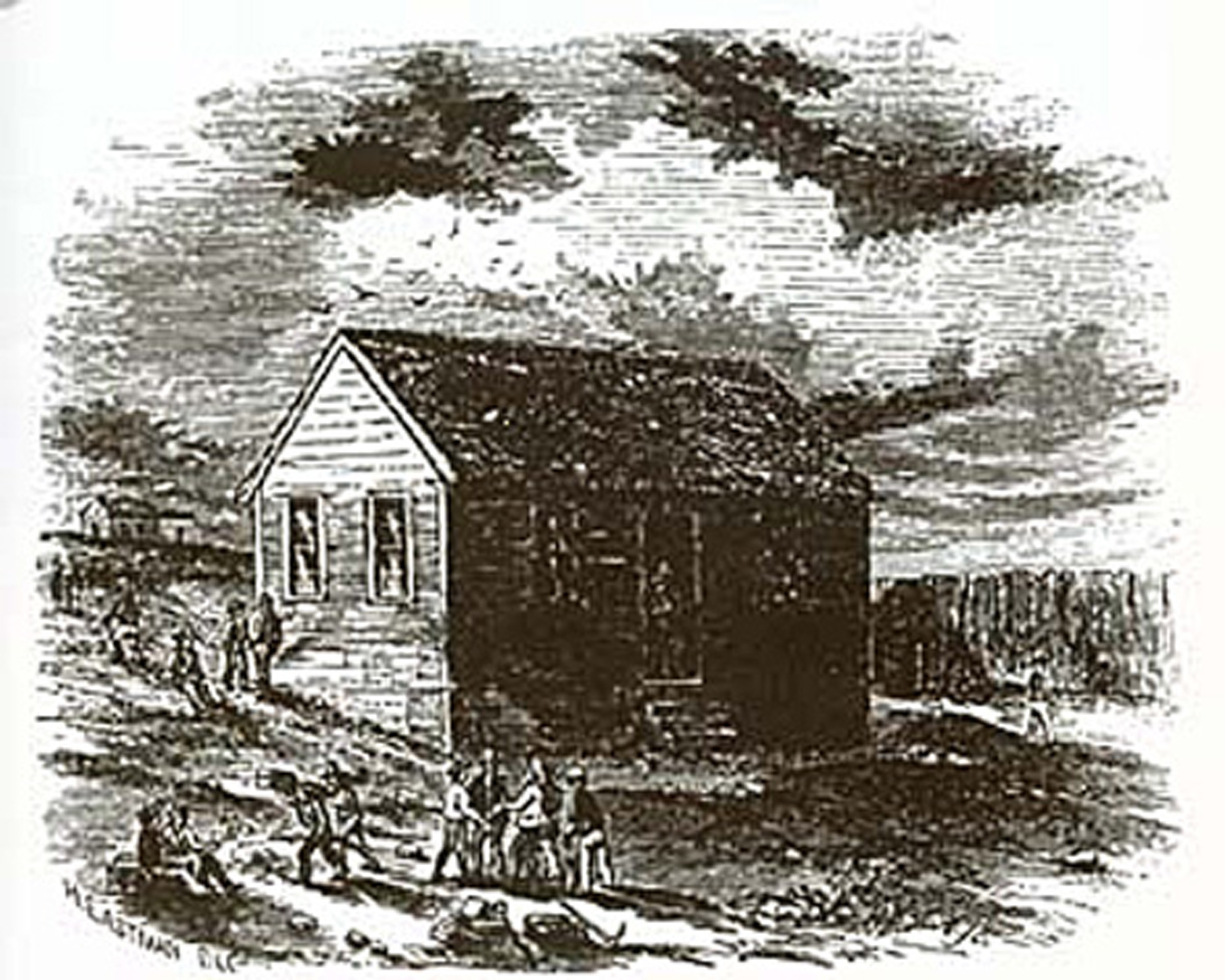 Description
An old school house on Portsmouth Square, abandoned during the Gold Rush, was used as a meeting place, to hold church services and theatrical events, and also as a jail. As the “Public Institute” it also became a legislative center and courthouse. It was inadequate to replace the Blockhouse and by 1849 the building was also insufficient for City government offices. 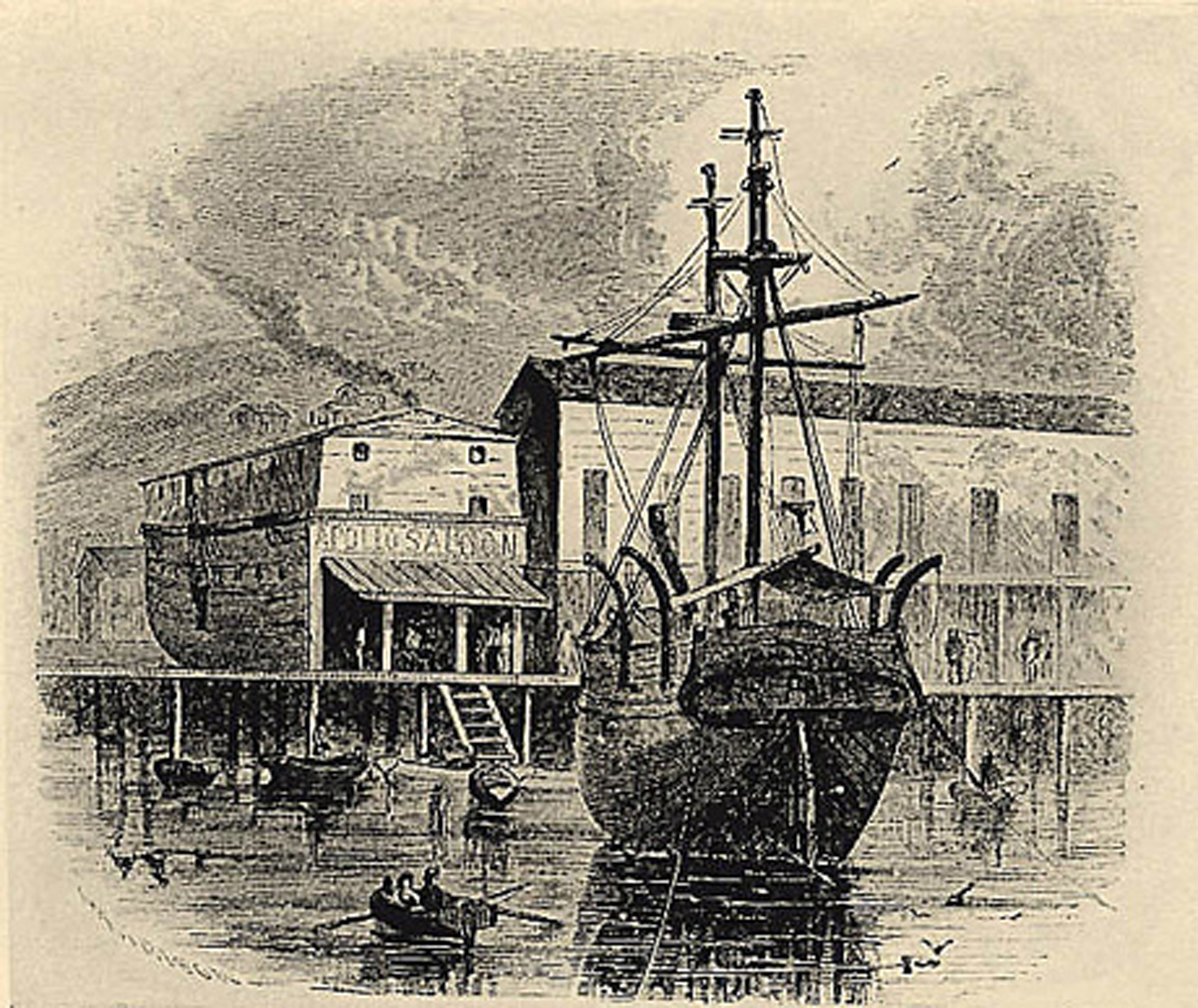 Description
As crime rates increased, the City required even more secure jail space. At a cost of $8,000 the brig Euphemia, abandoned in San Francisco Bay at the foot of Battery Street, was converted into a floating county jail. After the Broadway Jail opened, the Euphemia was buried in landfill as the City expanded. It was uncovered seventy years later during a 1921 construction project. 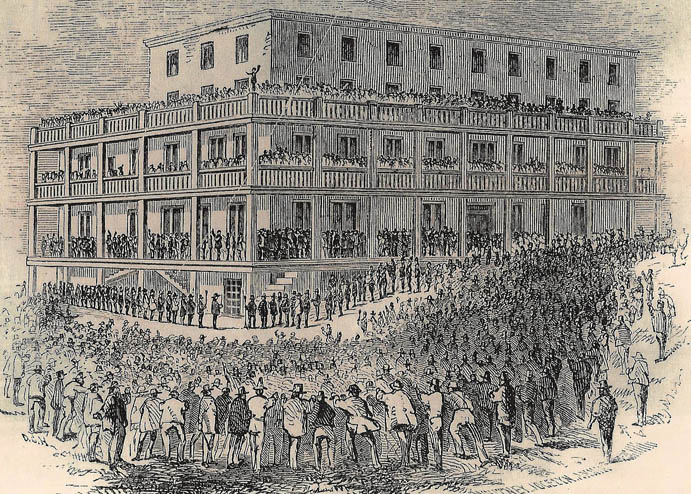 Description
To consolidate various city government offices, and because the old school house was now inadequate to conduct government business, the town council allocated $150,000 to purchase the four story Graham House as a City Hall. A jail on the ground floor was seen as a long-term solution to the City’s crime issues, but the entire building burned down in the great fire of 1851. 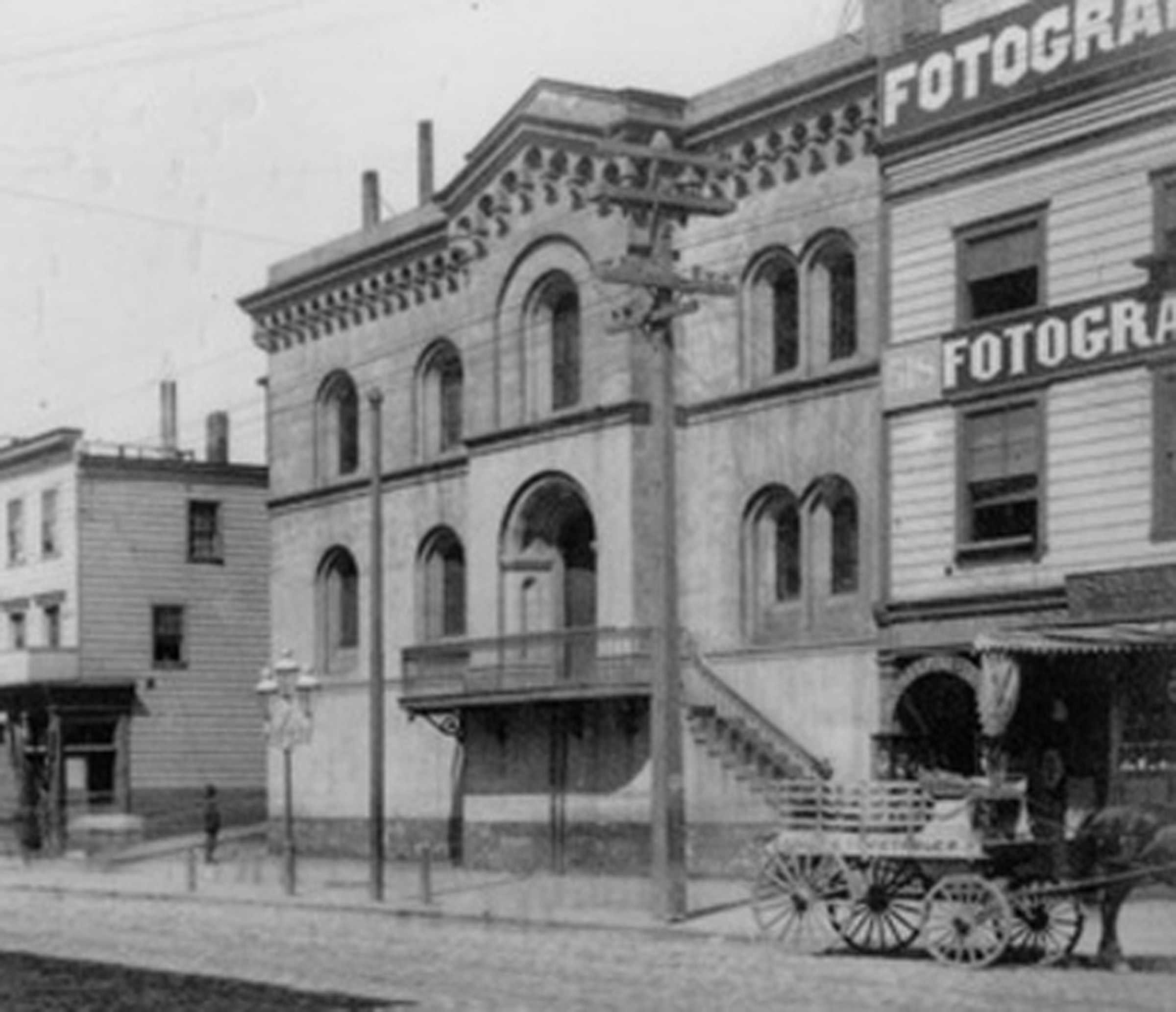 Description
Constructed through the fundraising efforts of Sheriff Jack Hays, the Broadway Jail was the first formal county jail in the City’s history. The two-story building at the foot of Telegraph Hill had an enclosed jail yard behind it. The City’s sheriffs executed 24 prisoners at the jail between 1856 and 1890. During the 1906 earthquake it was damaged and finally dynamited as a fire-break. 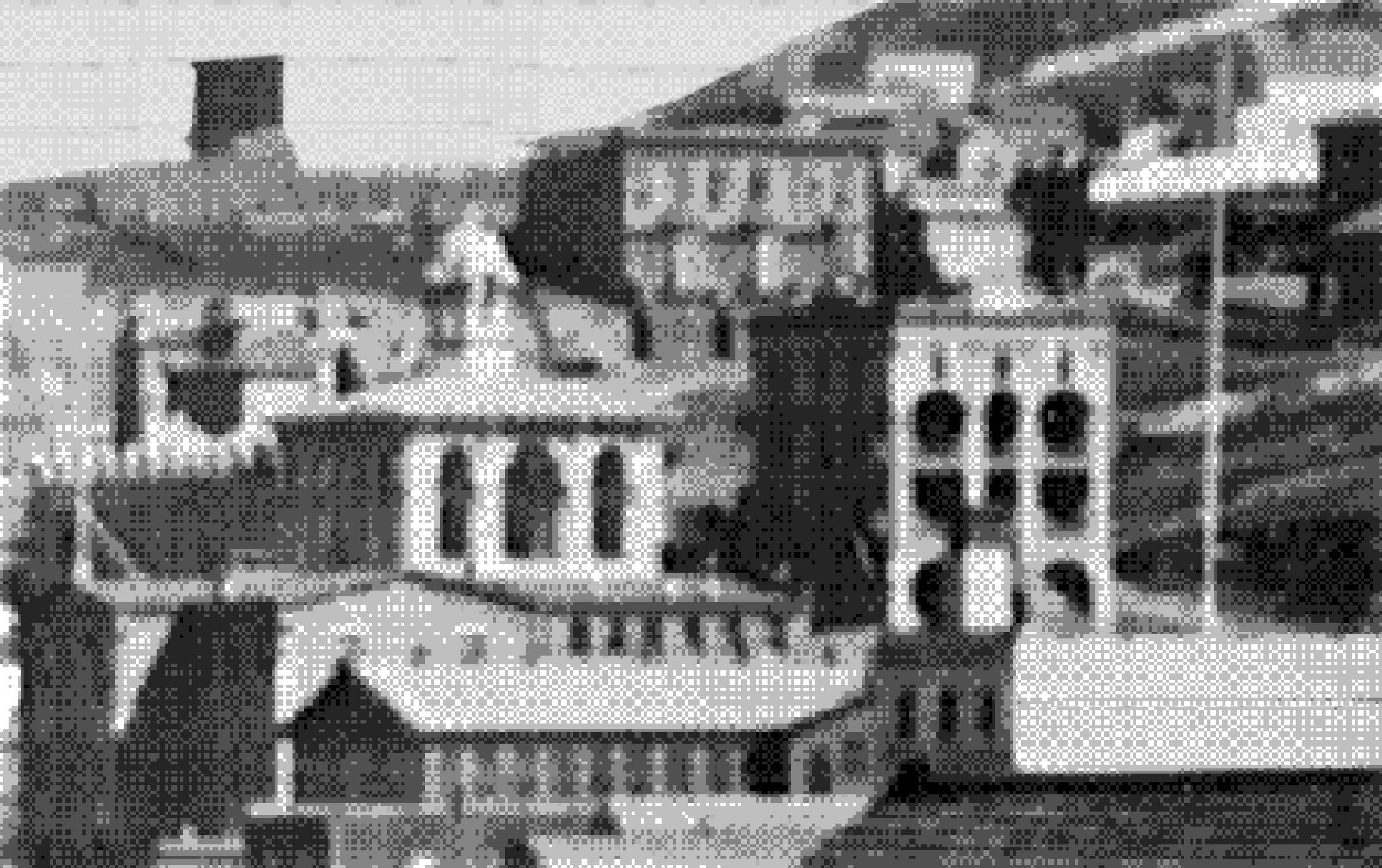 Description
In 1873 Sheriff William McKibbin acquired the recently abandoned three story City-County Hospital at the corner of Francisco and Stockton Streets in North Beach. The "Branch Jail", as it was called, was needed to relieve prisoner overcrowding at the Broadway Jail. The former City and County Hospital was refitted and used as a county jail annex for almost four years.

Description
This remote site in the southwest corner of San Francisco began as the Industrial School for juveniles in 1859. In 1876 a second building, the House of Correction, was built to house county jail prisoners deemed eligible to work. Expanded again in 1892, the facility became the Ingleside Jail, with a separate women’s jail building. It was replaced by the San Bruno Jail in 1934. 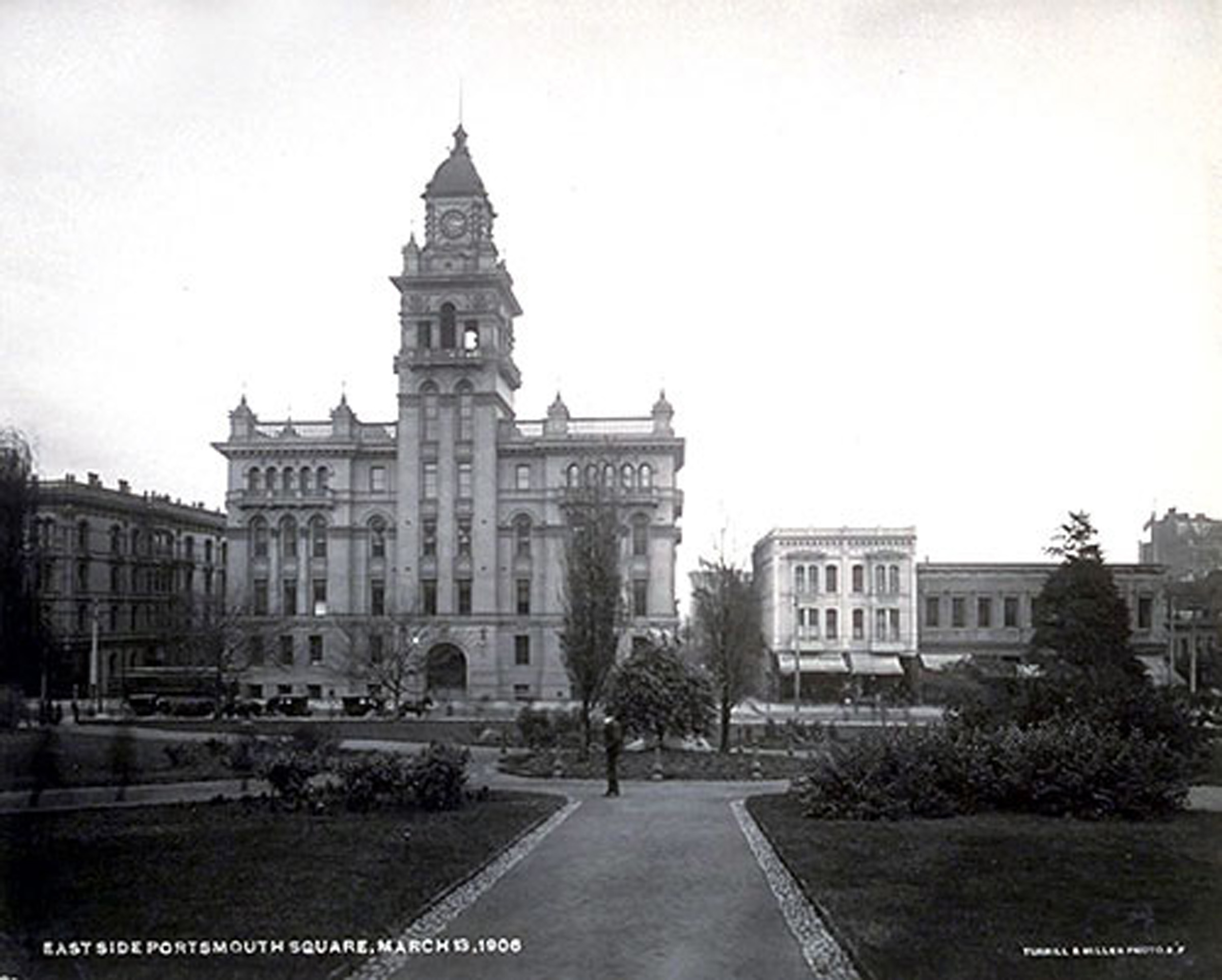 The First Kearny Street Hall of Justice
Dates: 1900-1906
Location: 750 Kearny Street at Washington Street, across from Portsmouth Square.
Capacity: The booking-intake facility was managed by the police and not used for housing.

Description
Apparently the first Kearny Street Hall of Justice only had a police “booking/intake” jail facility. The Broadway Jail, operated by the Sheriff's Department, was used for all pre-trial and county sentenced prisoners. The Kearny St. Hall of Justice was severely damaged in the 1906 earthquake and its seventy-seven prisoners were quickly moved to the Broadway Street Jail. 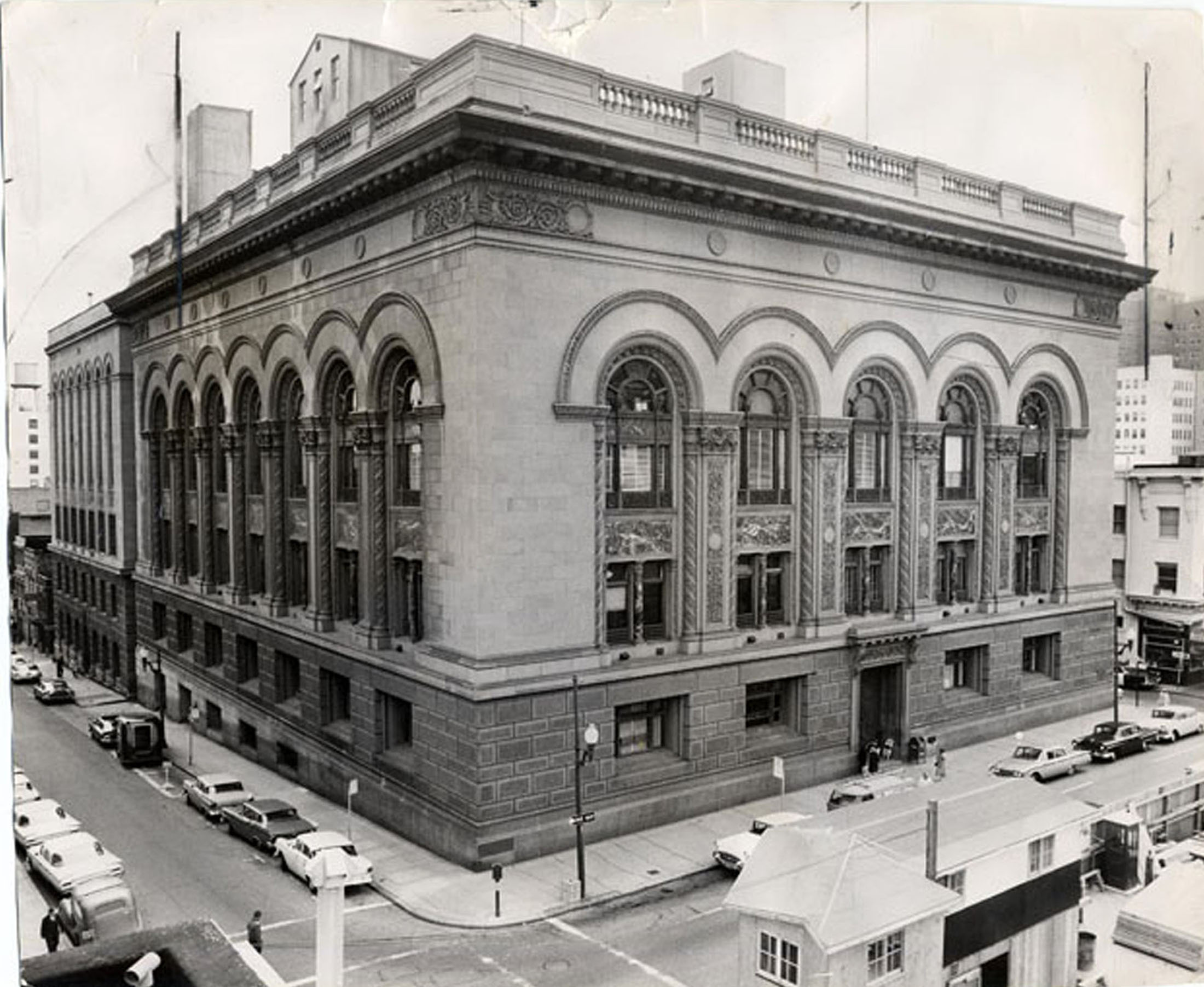 Description
The earthquake damaged first Kearny Street Hall of Justice was torn down and replaced by a more modern structure on the same site. The county jail was located on the 3rd, 4th and 5th floors in the building behind the Hall. The 4th floor was four stories tall with four tiers of jail cells; the 5th floor had 80 cells and four dorms for women inmates. Admin offices, a kitchen and laundry were on the 3rd floor.

Description
Built on San Francisco-owned watershed land in rural northern San Mateo County, the jail was initially hailed as “the most modern jail in the world”. A separate women’s jail was part of the compound. When it opened in 1934, international experts were routinely given tours. After 60 years, replacing the dangerous, crumbling jail became the Sheriff’s Department’s top priority. 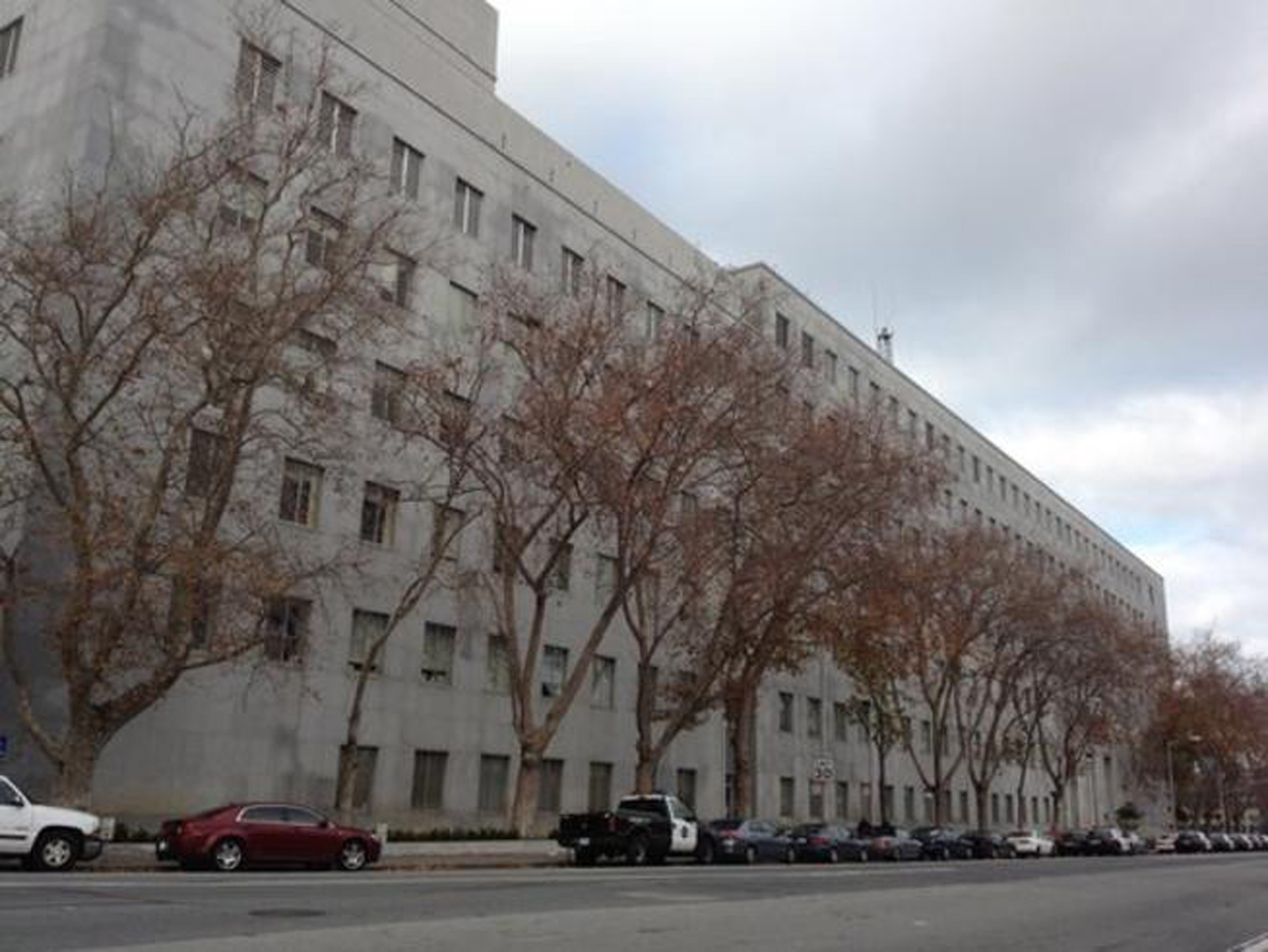 Description
The Bryant Street Hall has two separate county jails, the 6th floor modeled after the Kearny Street intake facility, while the 7th floor used Alcatraz Federal Prison’s cellblock lettering. County Jail 3 on the 6th floor is currently a records-only facility. That jail was the City’s booking-intake jail from 1962-1994, and a housing jail from 1994-2014. County Jail 4 on the 7th floor is a high security jail facility.

Description
In the mid-1970s secure facilities were constructed within San Francisco General Hospital for county jail inmates with severe medical or mental issues requiring more treatment than can be provided by medical staff assigned to the county jails. The Sheriff’s Department assisted in the design of what are essentially medical and psych jail facilities located inside San Francisco General Hospital. 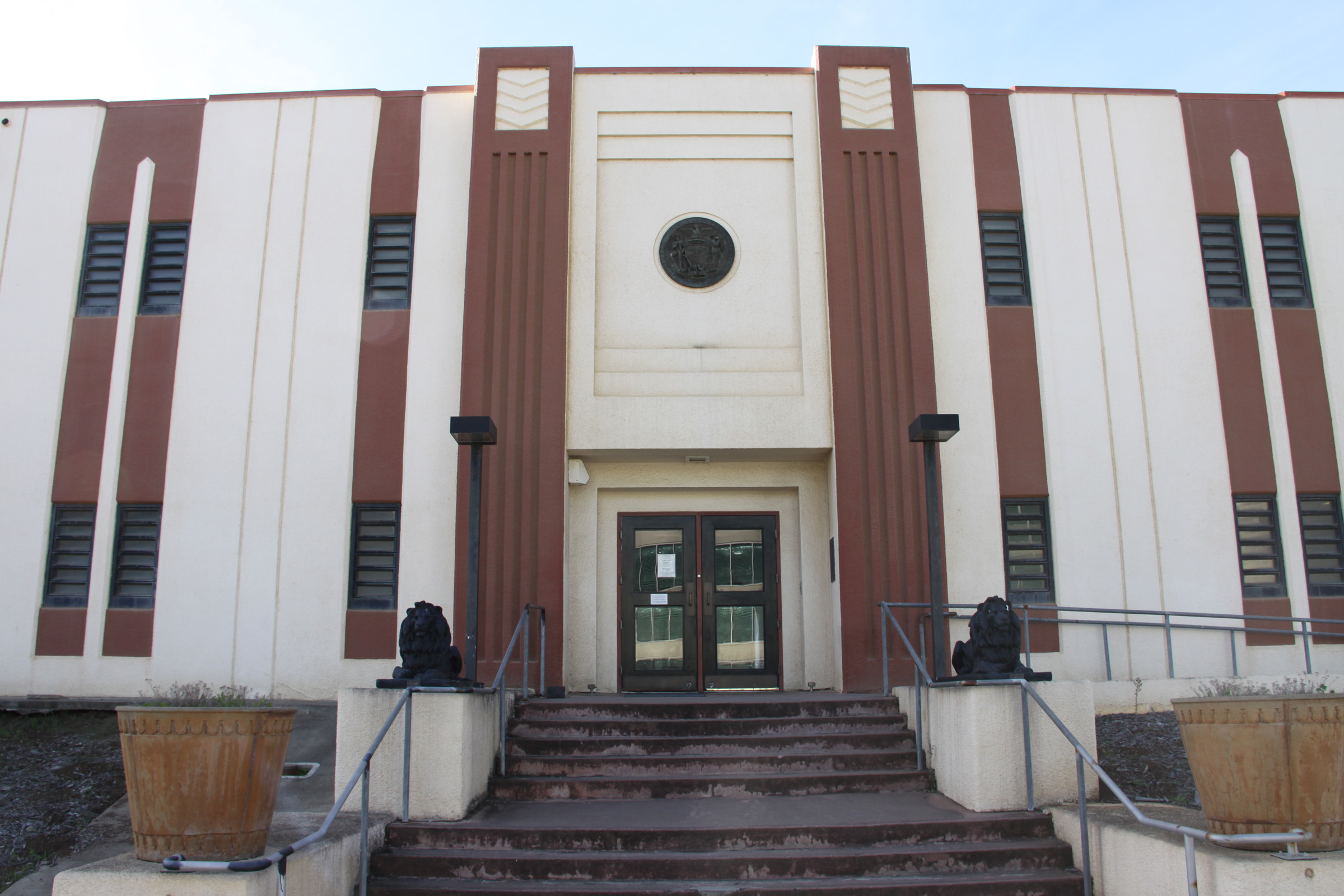 Description
The second jail to be built on San Francisco-owned watershed land in northern San Mateo County, the San Bruno Annex was the first “direct supervision” jail built in San Francisco. Designated County Jail 6, the jail was built just north of the old San Bruno Jail and had an open dorm-style design. The facility is currently closed and used for training and inmate programs. 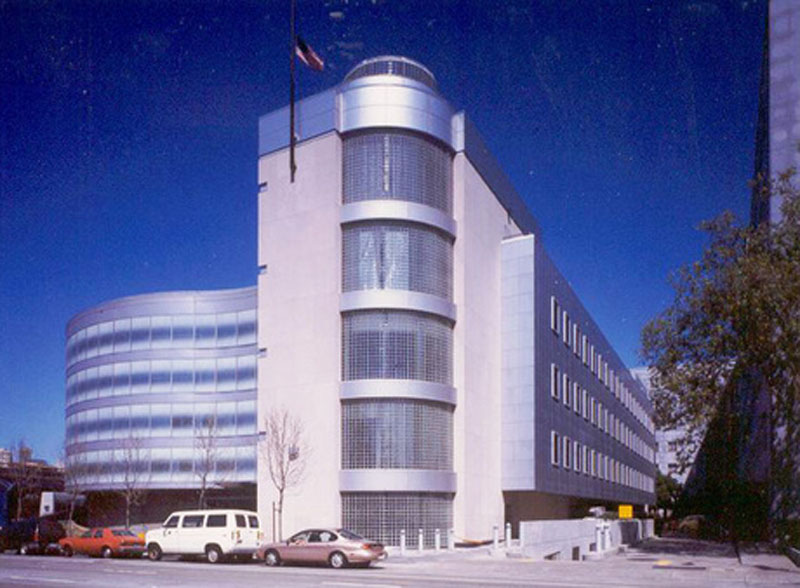 Description
Built in the former parking lot behind the 850 Bryant Street Hall of Justice and Interstate 80, the building holds two separate county jail facilities. County Jail 1 is the Sheriff’s Department main booking-intake jail where all San Francisco arrestees are booked and processed. County Jail 2 mainly houses female and medical/psych custodies and has an extensive medical facility.

Description
In 1997 the City of San Francisco took over the US Naval base on Treasure Island in the middle of San Francisco Bay. A former Navy brig on the island was taken over by the Sheriff's Department and refitted as a county jail. After the City’s jail population dropped it was used for just three days as part of Y2K New Years’ Eve 1999 security preparations (12/30/99, 12/31/99 & 1/1/2000) and then closed. 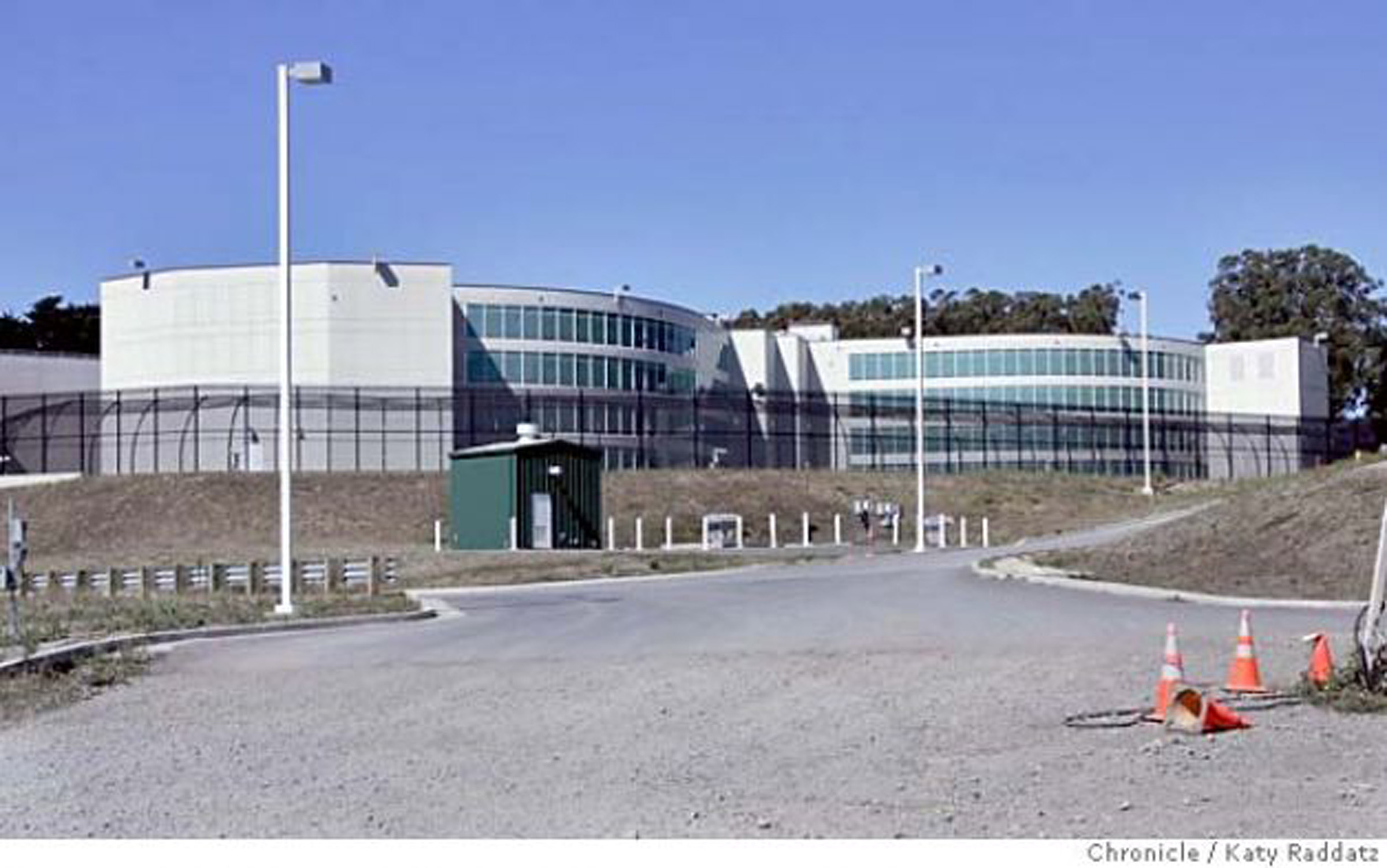 Description
San Francisco’s largest and most modern jail facility, it was built on San Francisco-owned watershed land in northern San Mateo County as the replacement facility for the crumbling San Bruno Jail. The original San Bruno jail facility, built in 1934, was the oldest working county jail in California when it was closed in August of 2006. That structure was eventually torn down.