The following photos of the San Francisco Sheriff's Department Ingleside Jail (1876-1934) are from the private collection of former Sheriff's Senior Deputy Michael Anderson. Senior Deputy Anderson discovered a collection of glass plate negatives of the Ingleside Jail which were taken in May 1930.  Anderson then managed to find a rare photo shop tech who could develop the glass negatives into prints, and then to digital images. 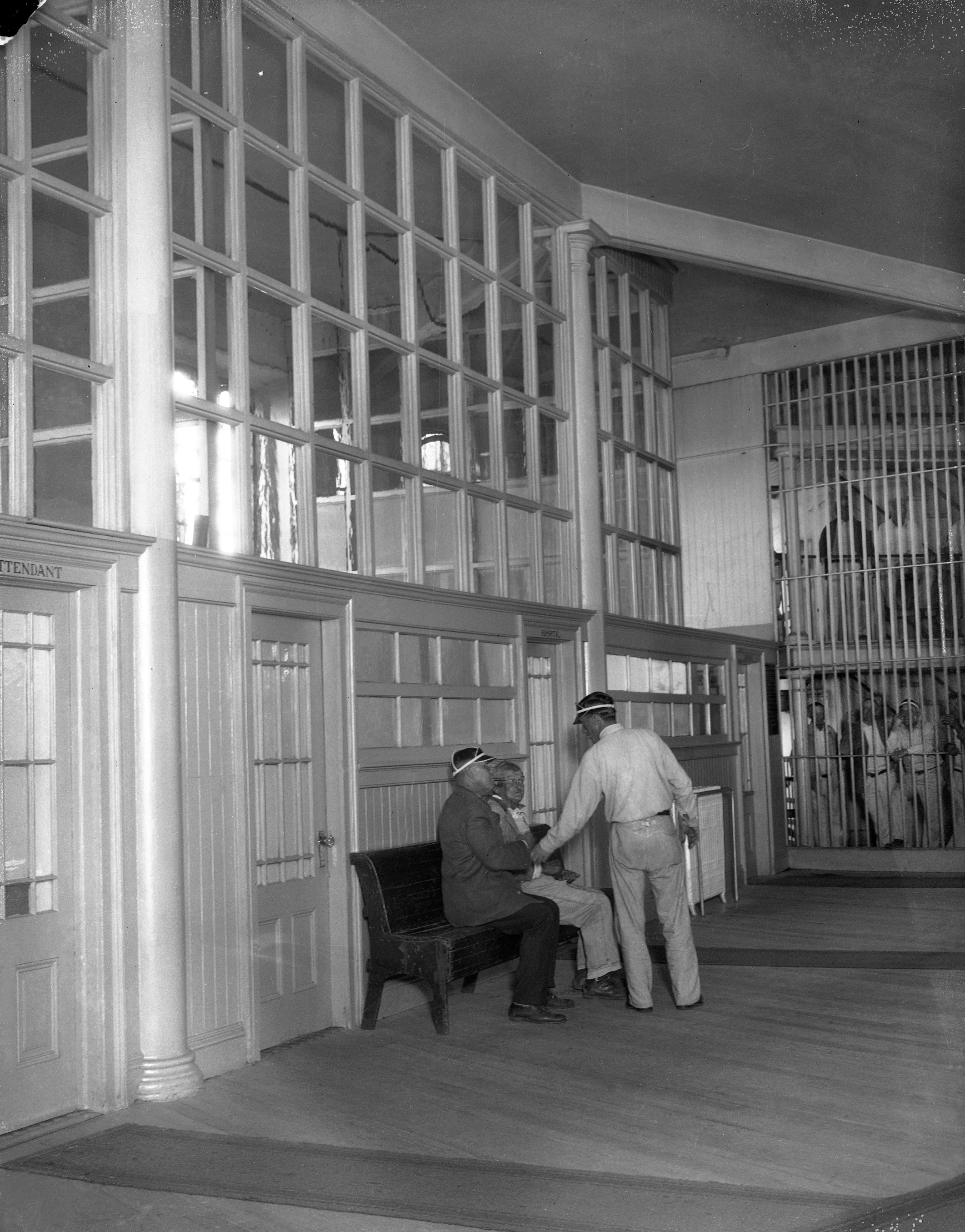 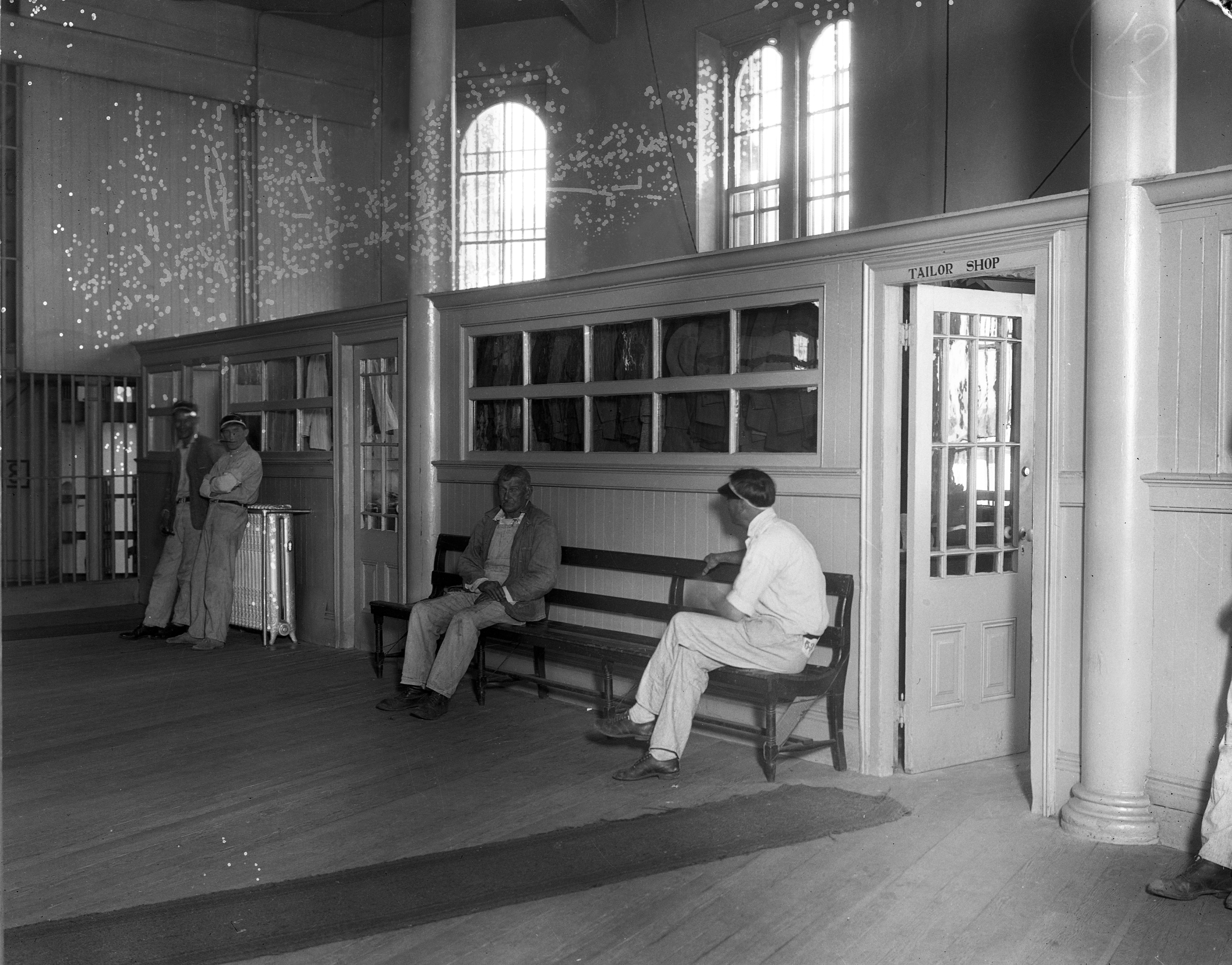 Bench outside the jail tailor shop. 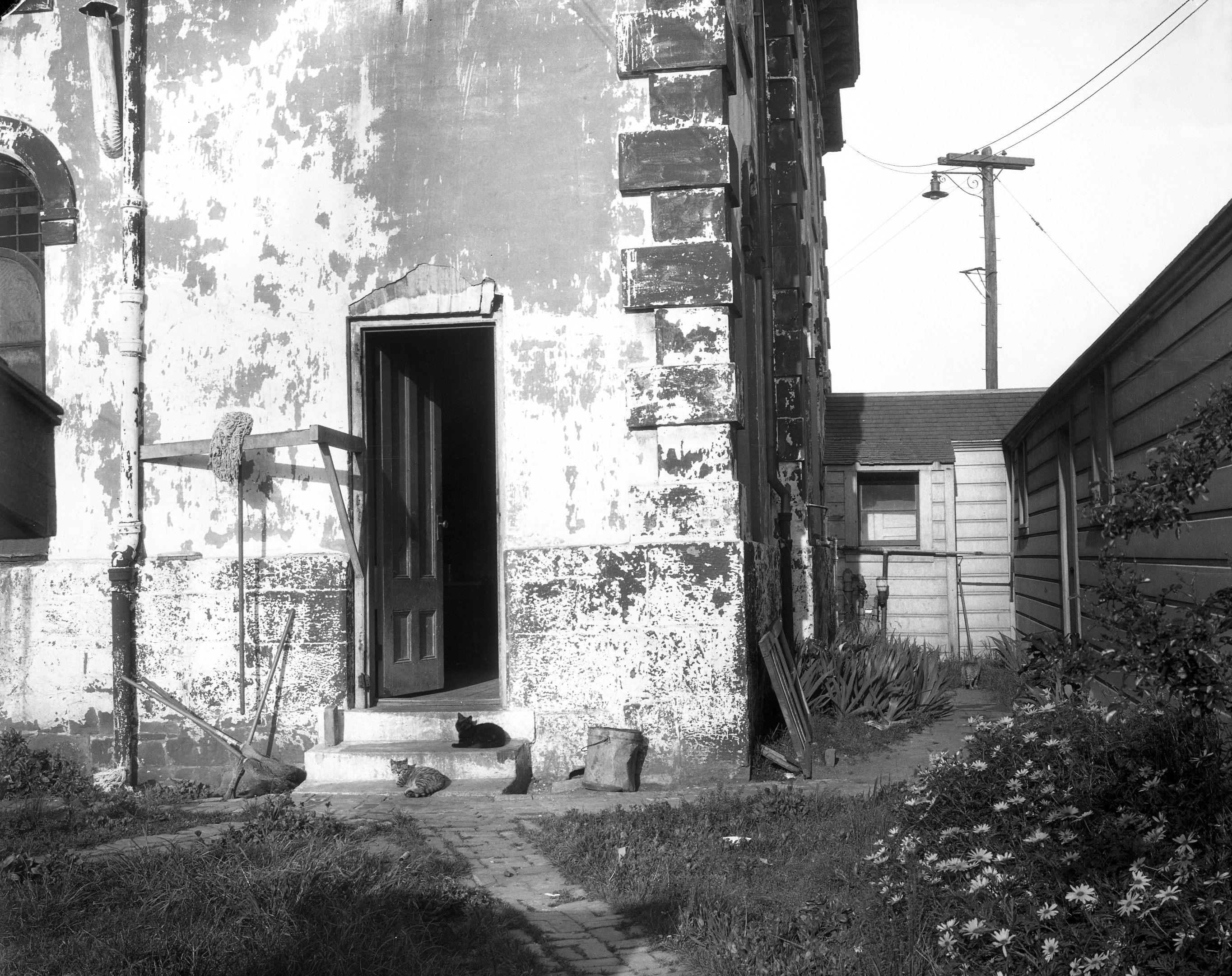 Cats on outside building doorstep. 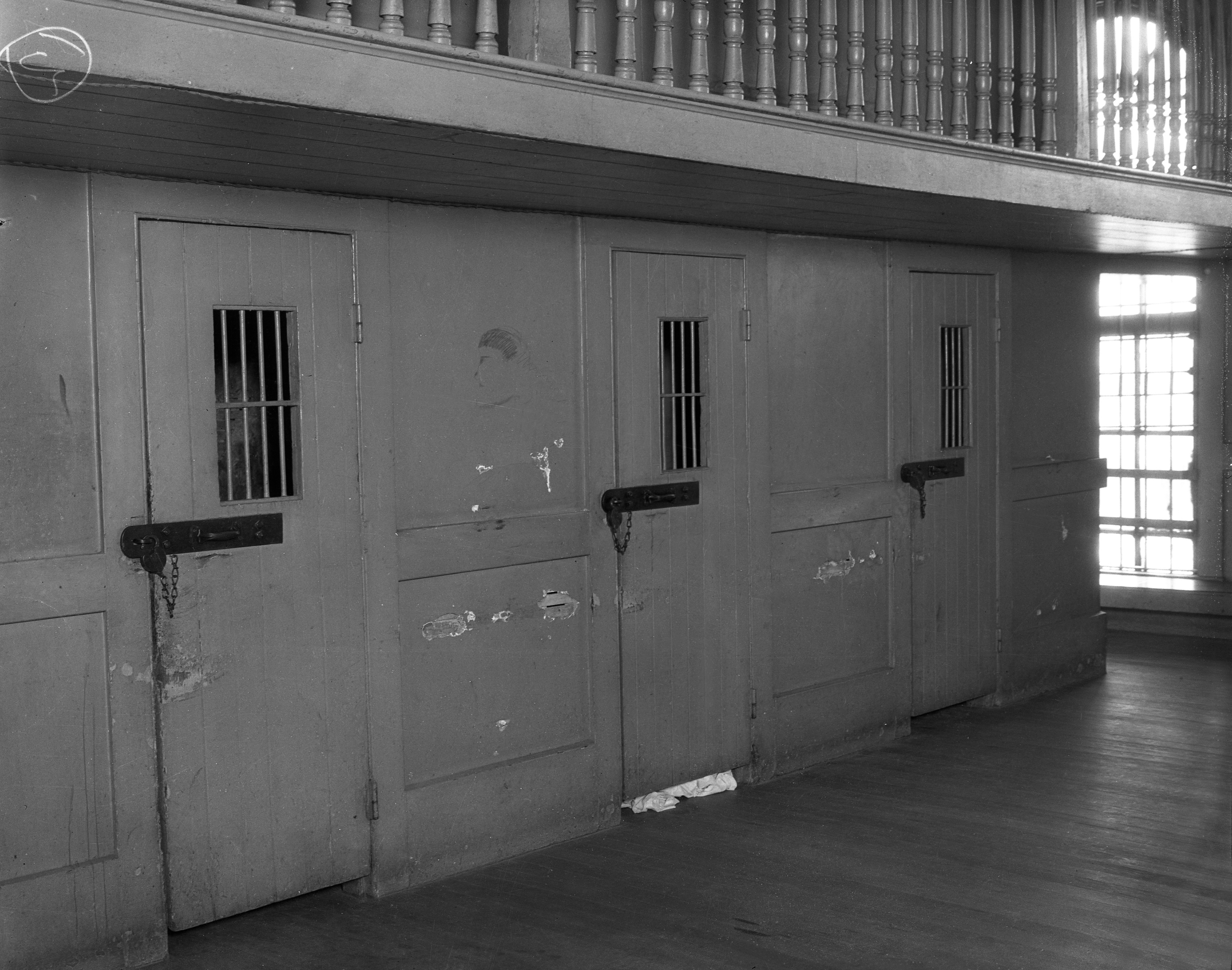 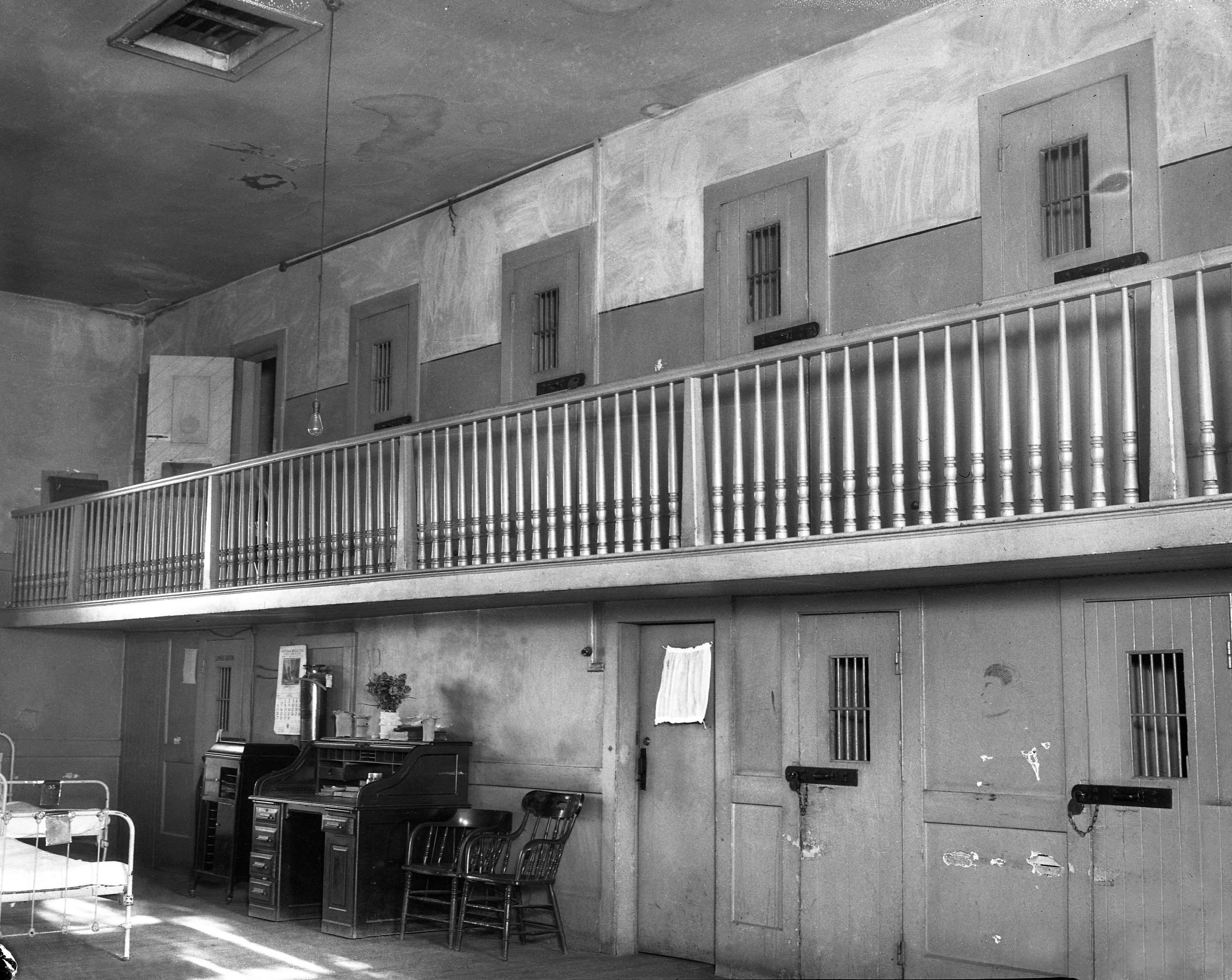 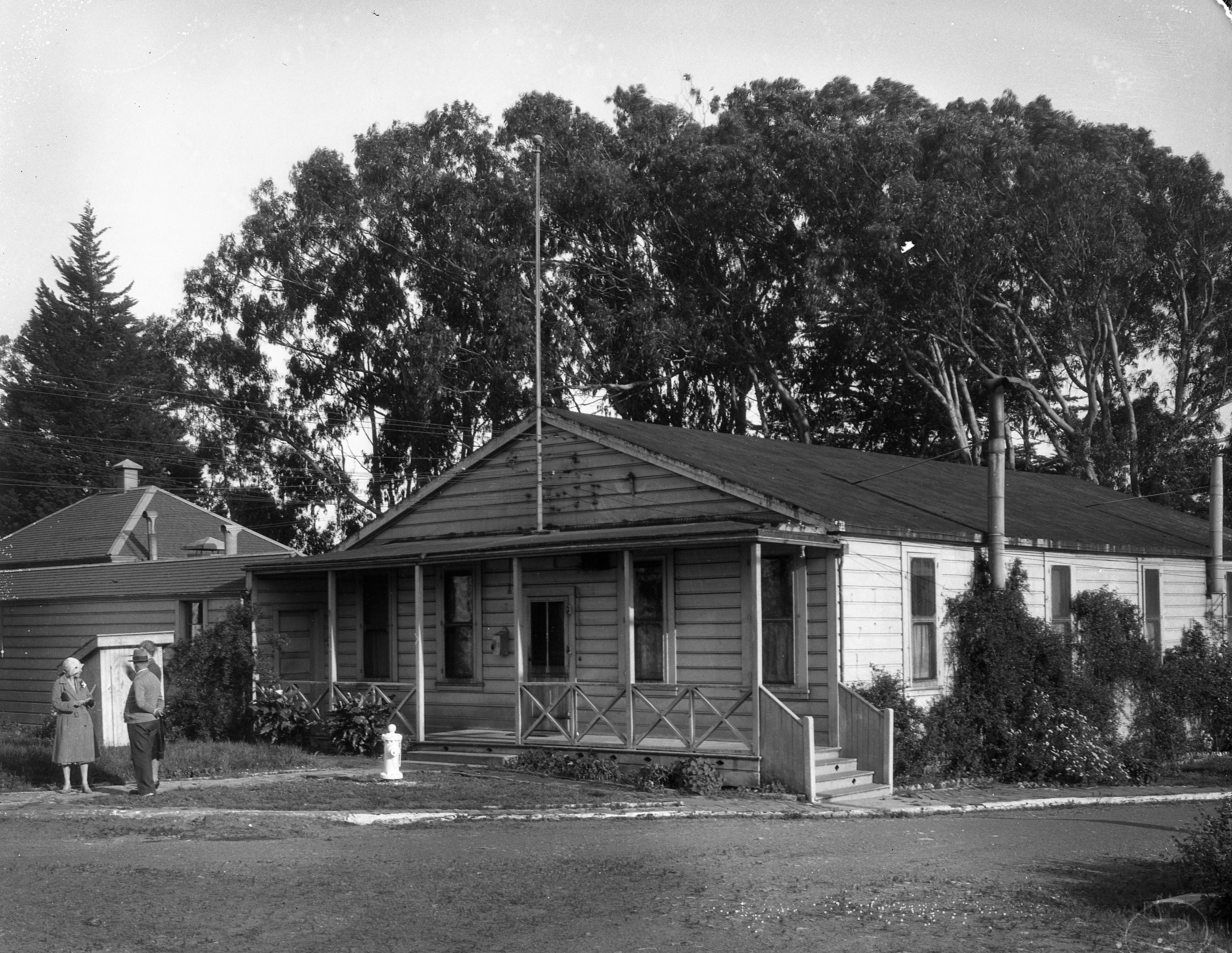 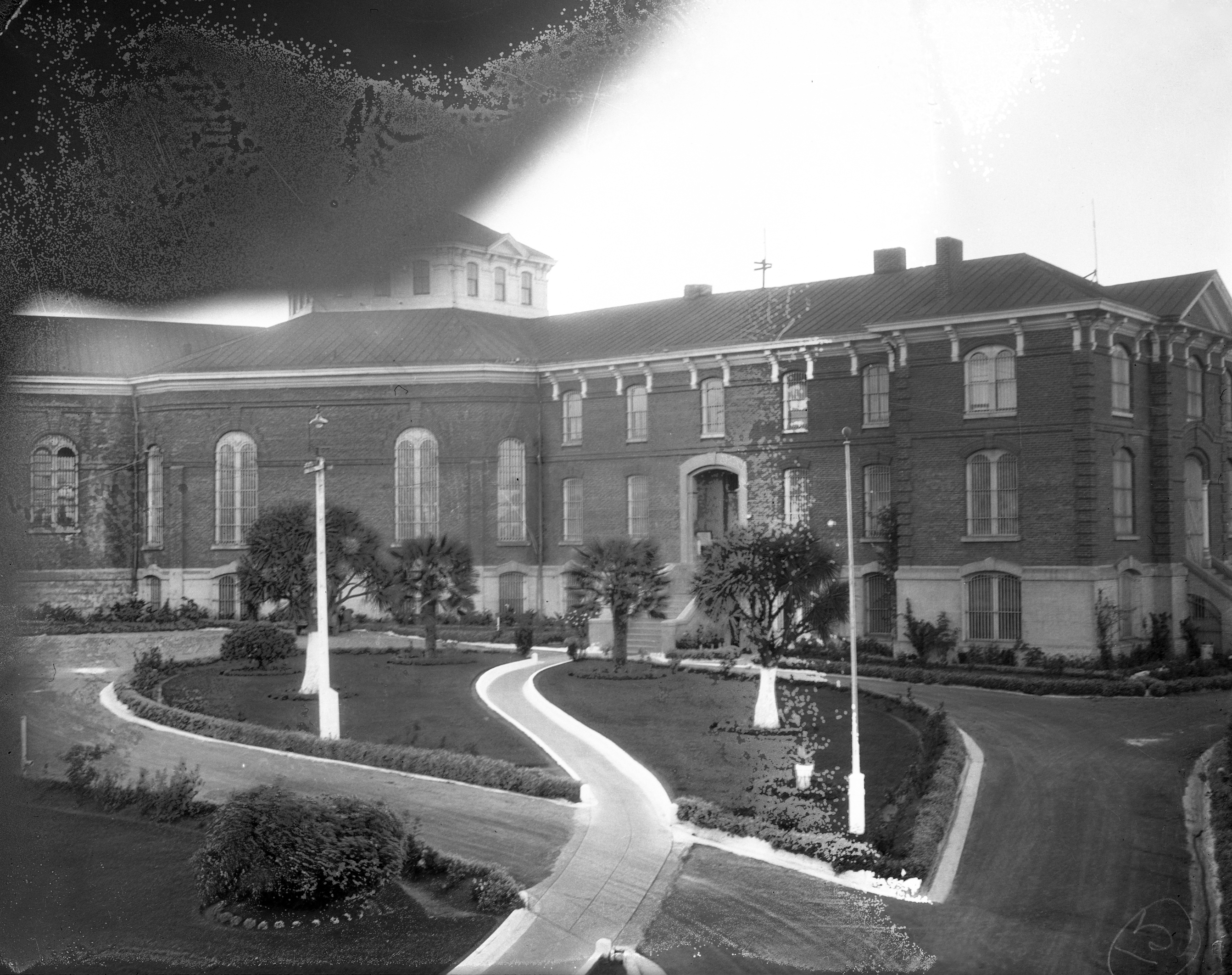 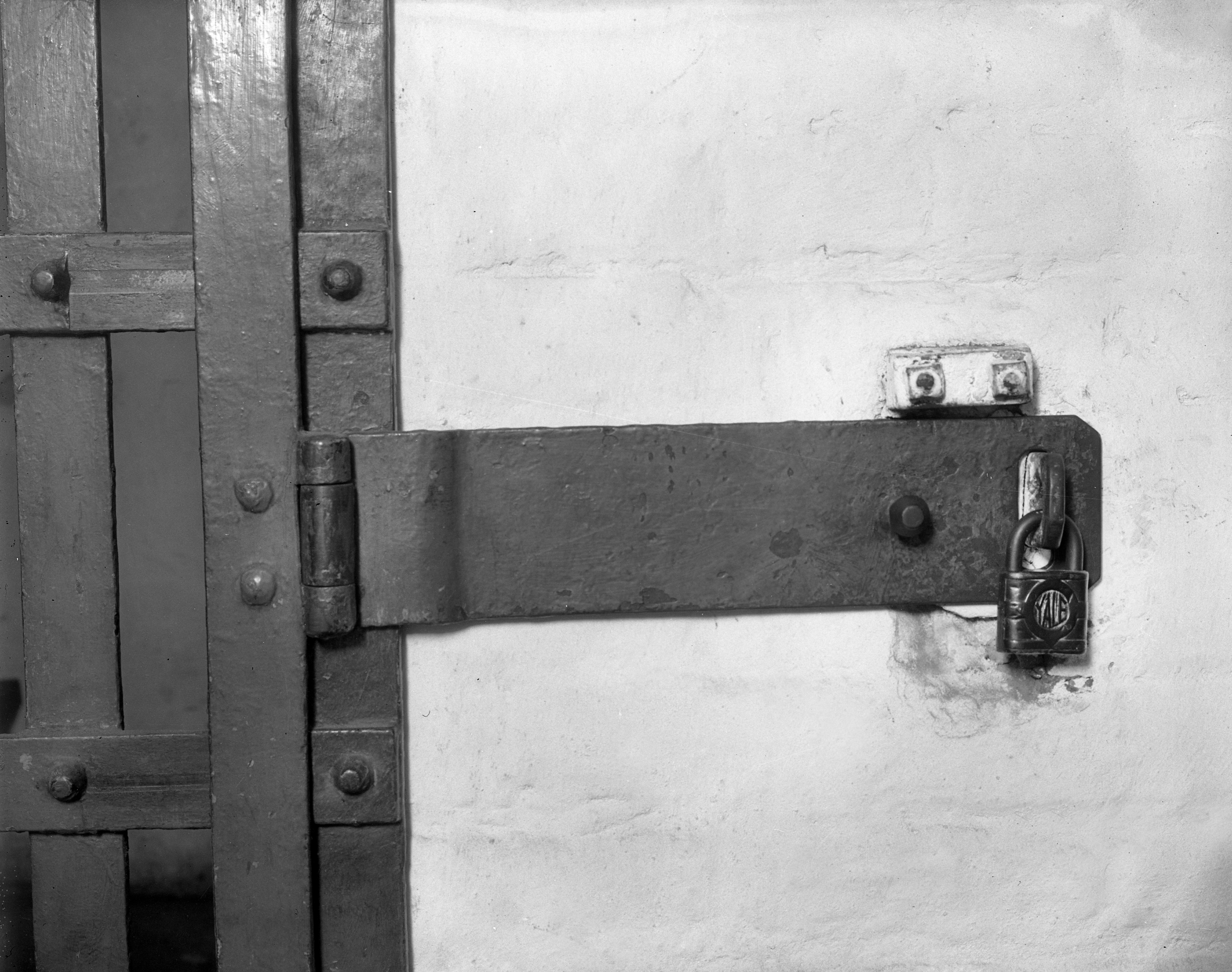 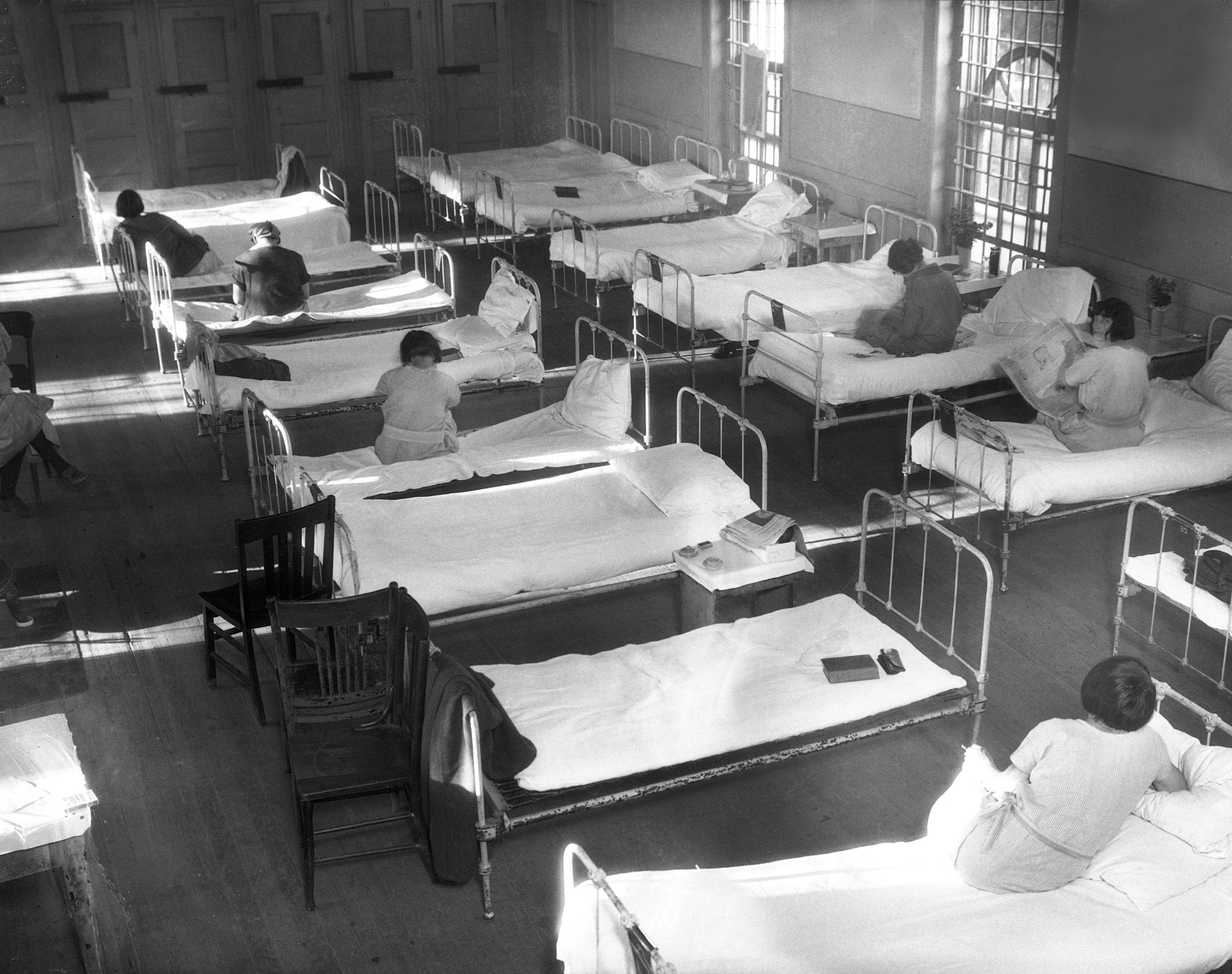 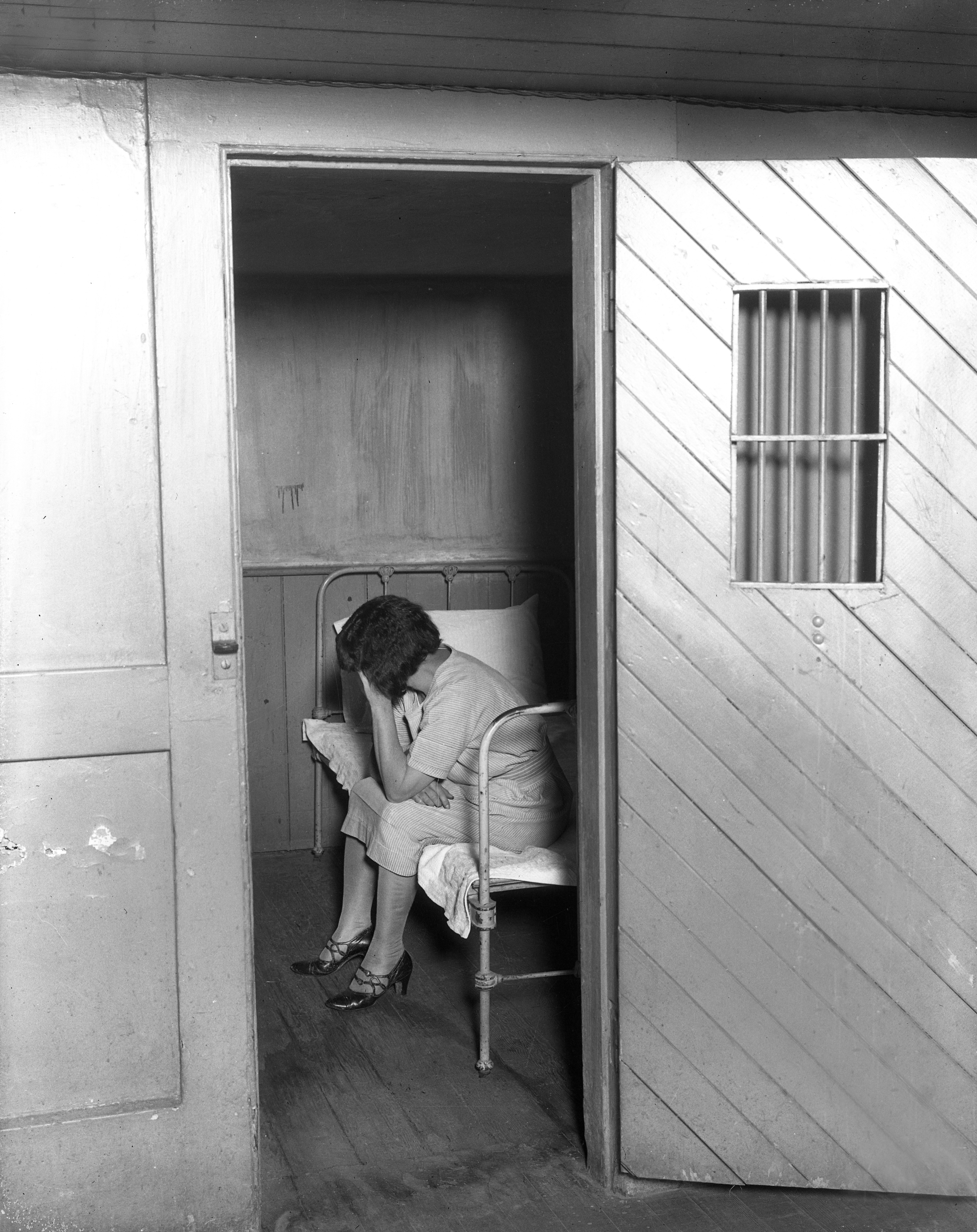 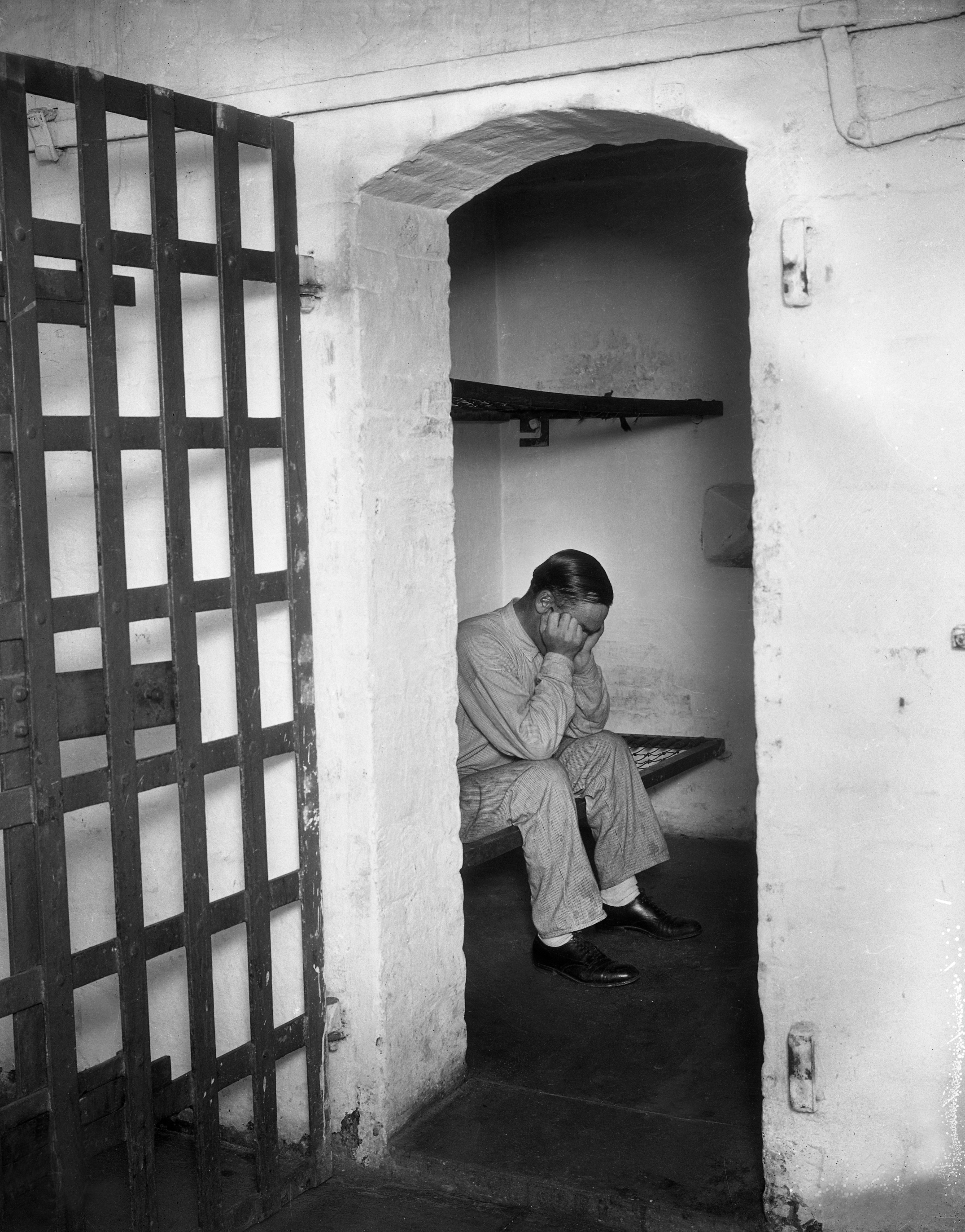 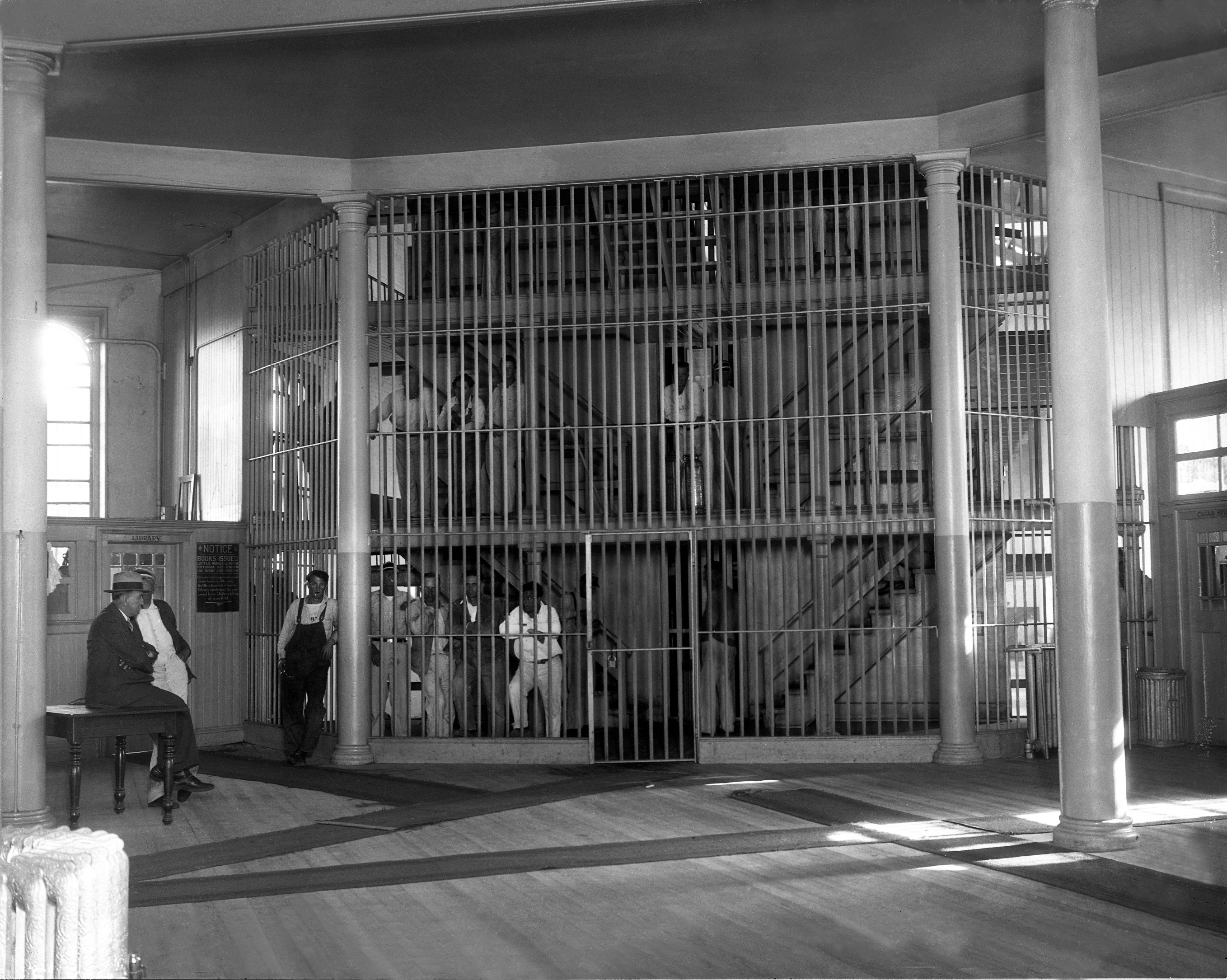 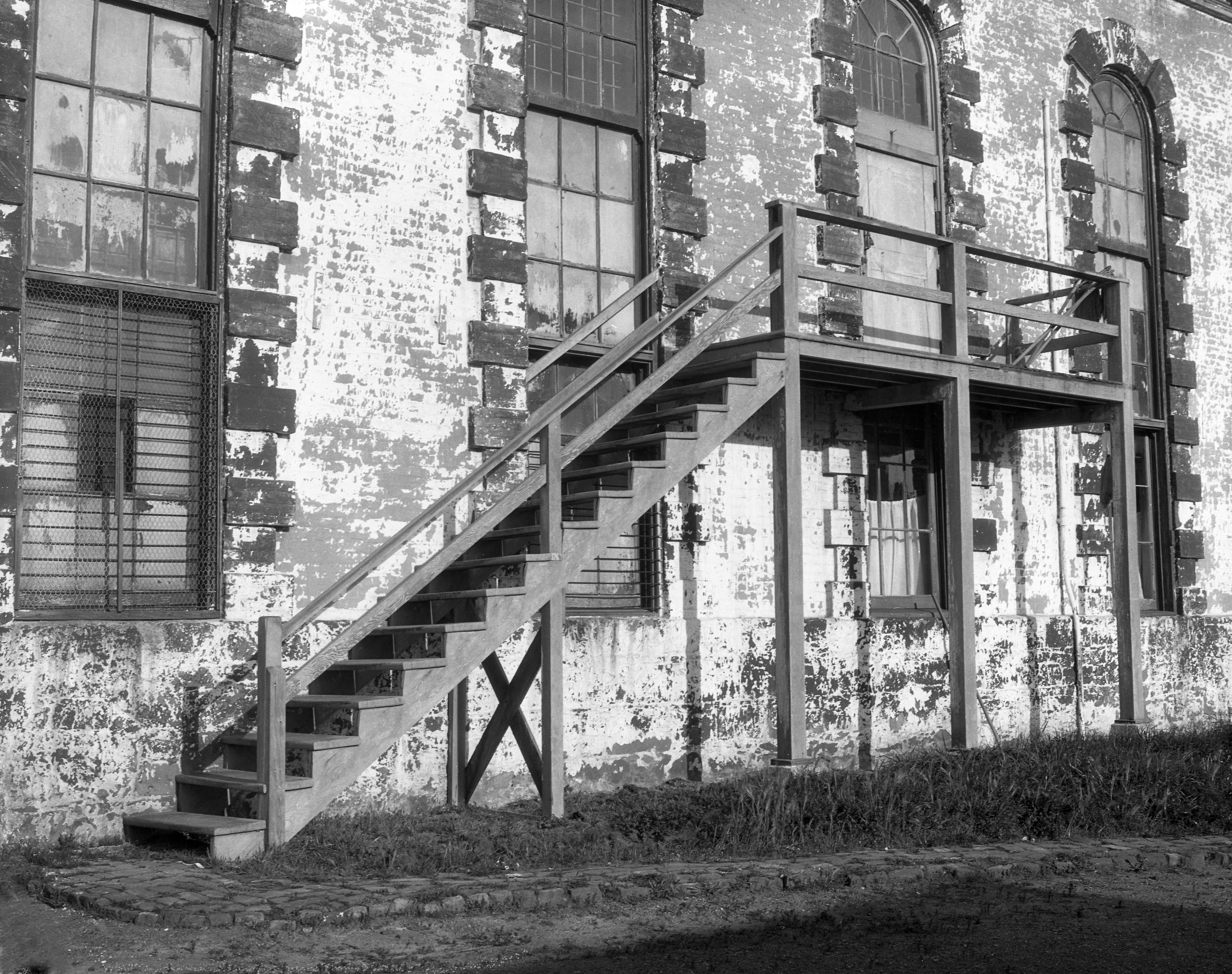 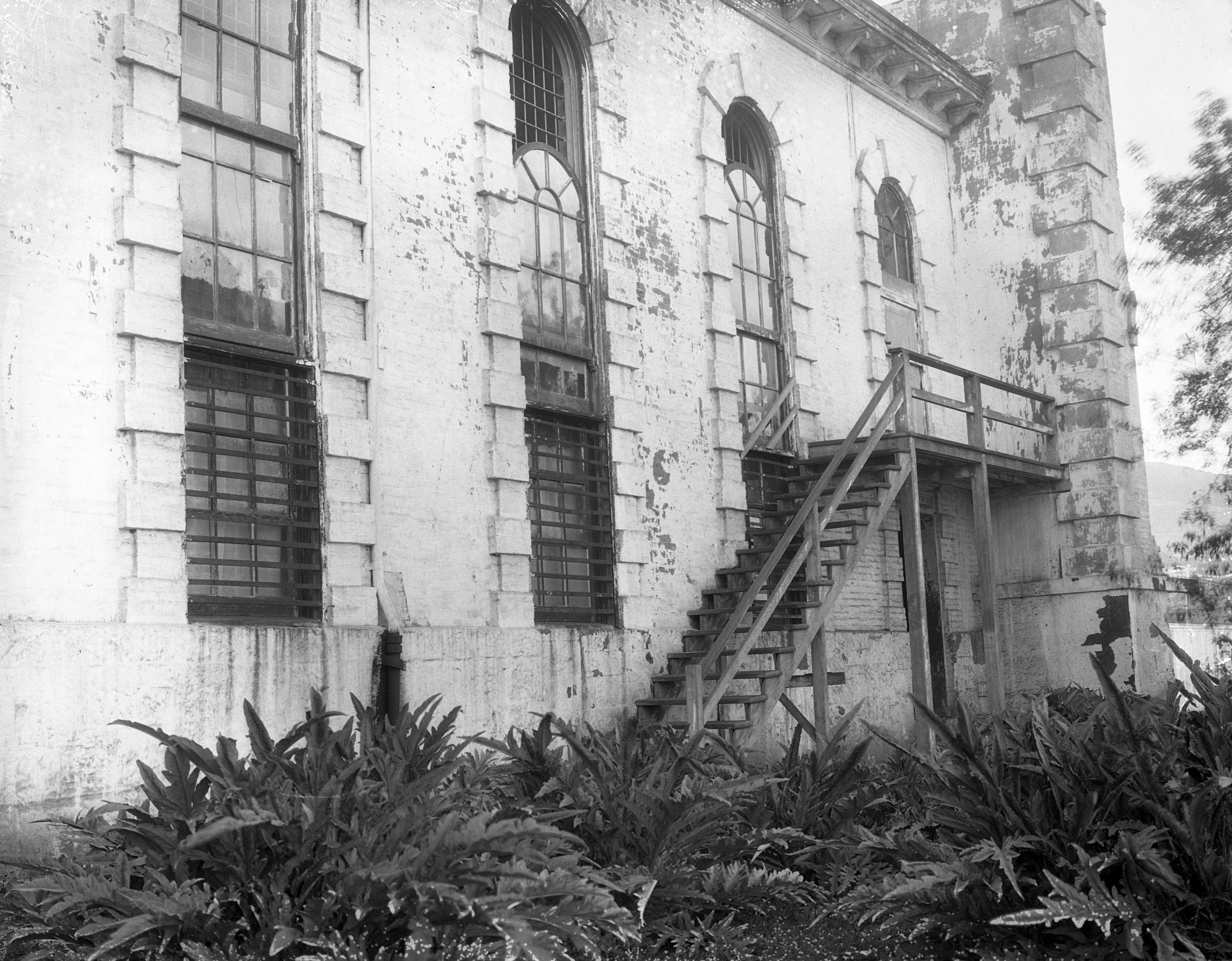 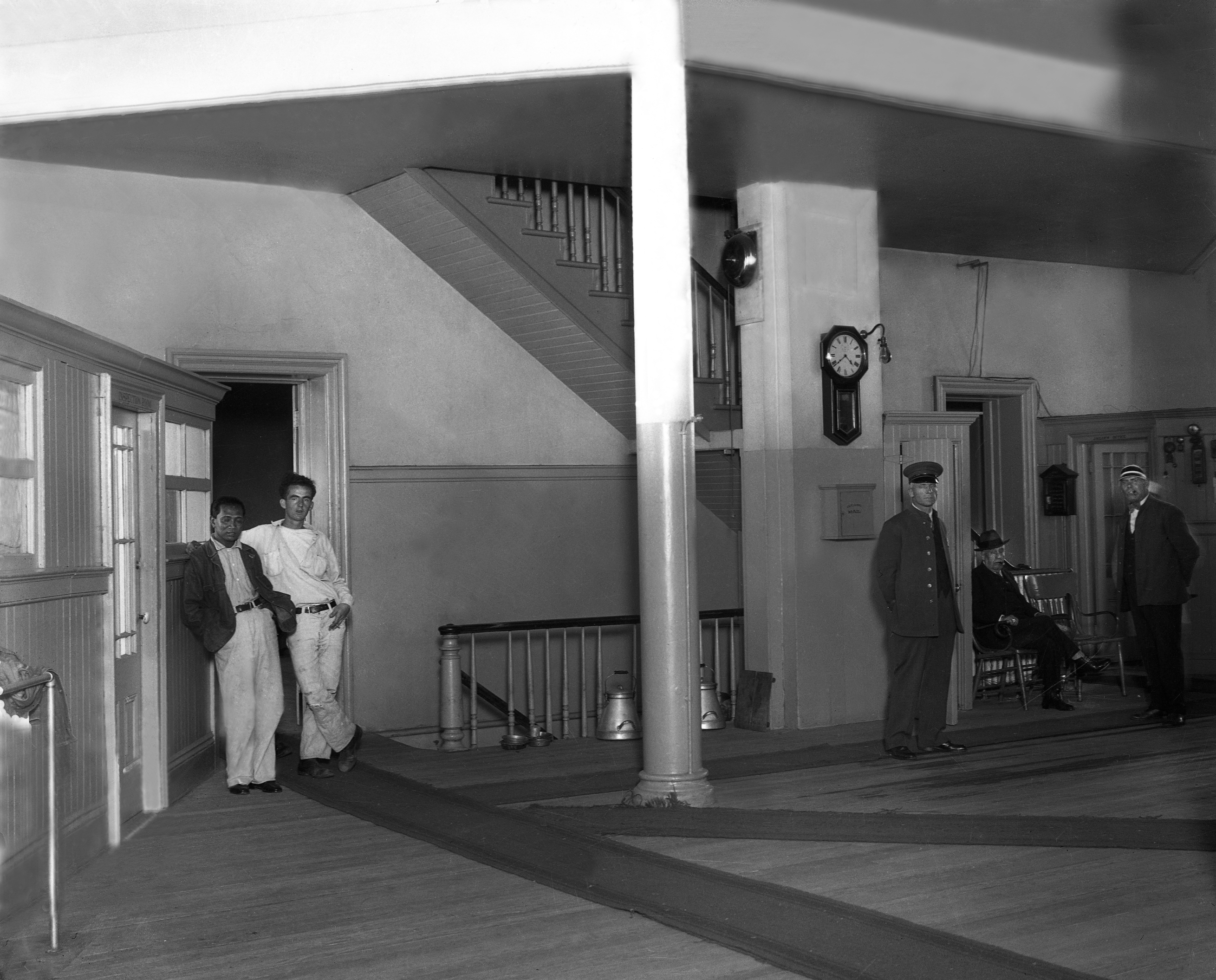 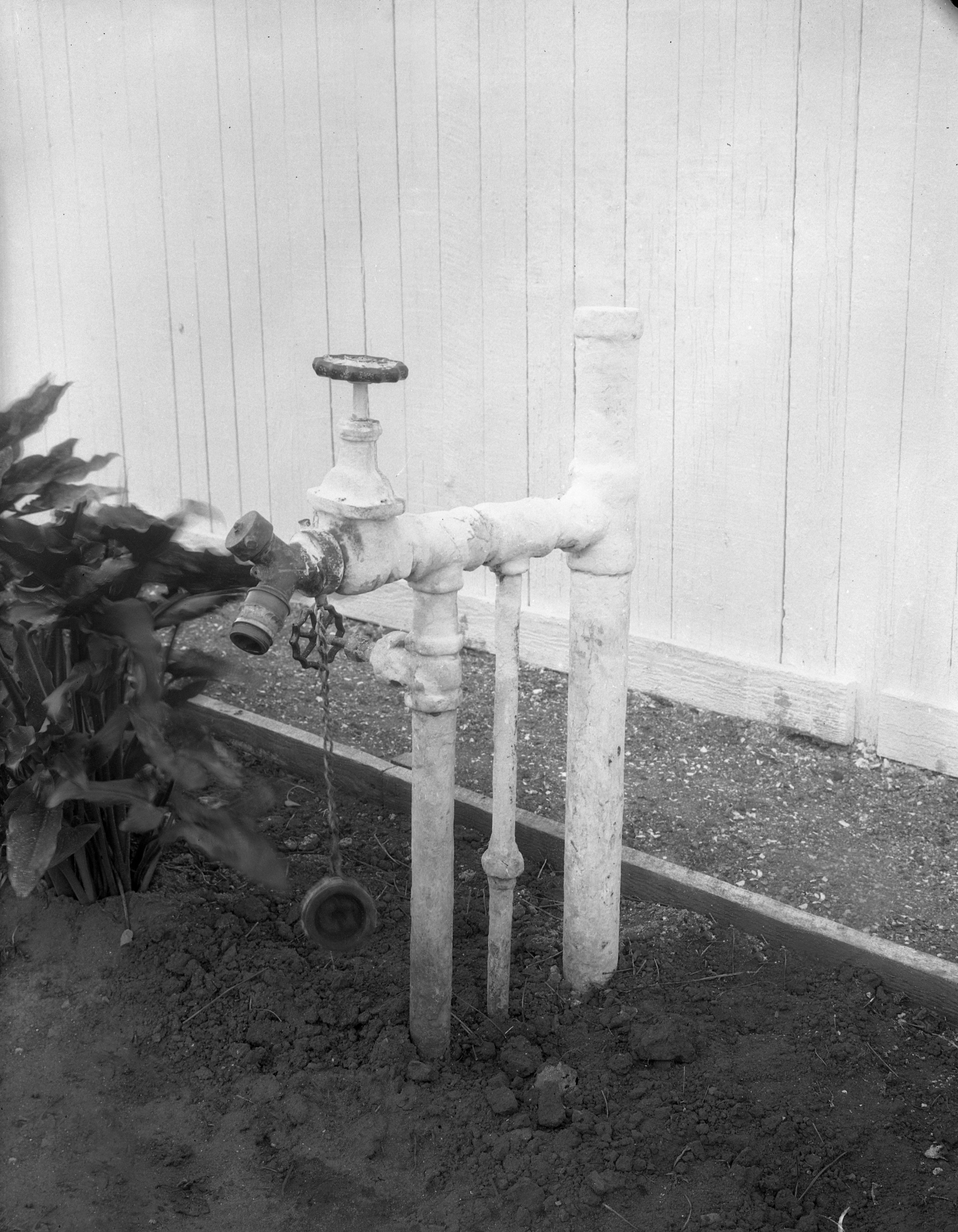 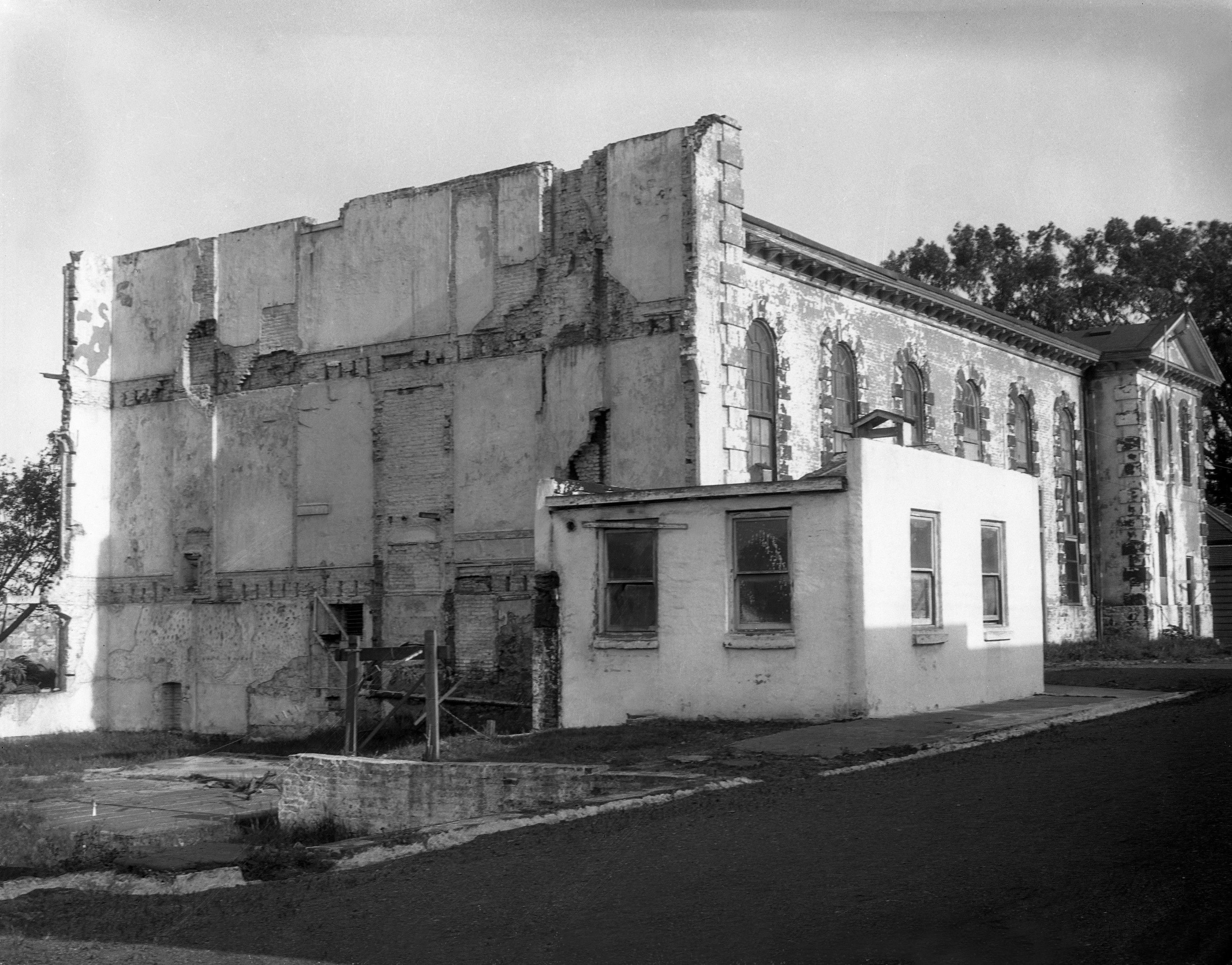 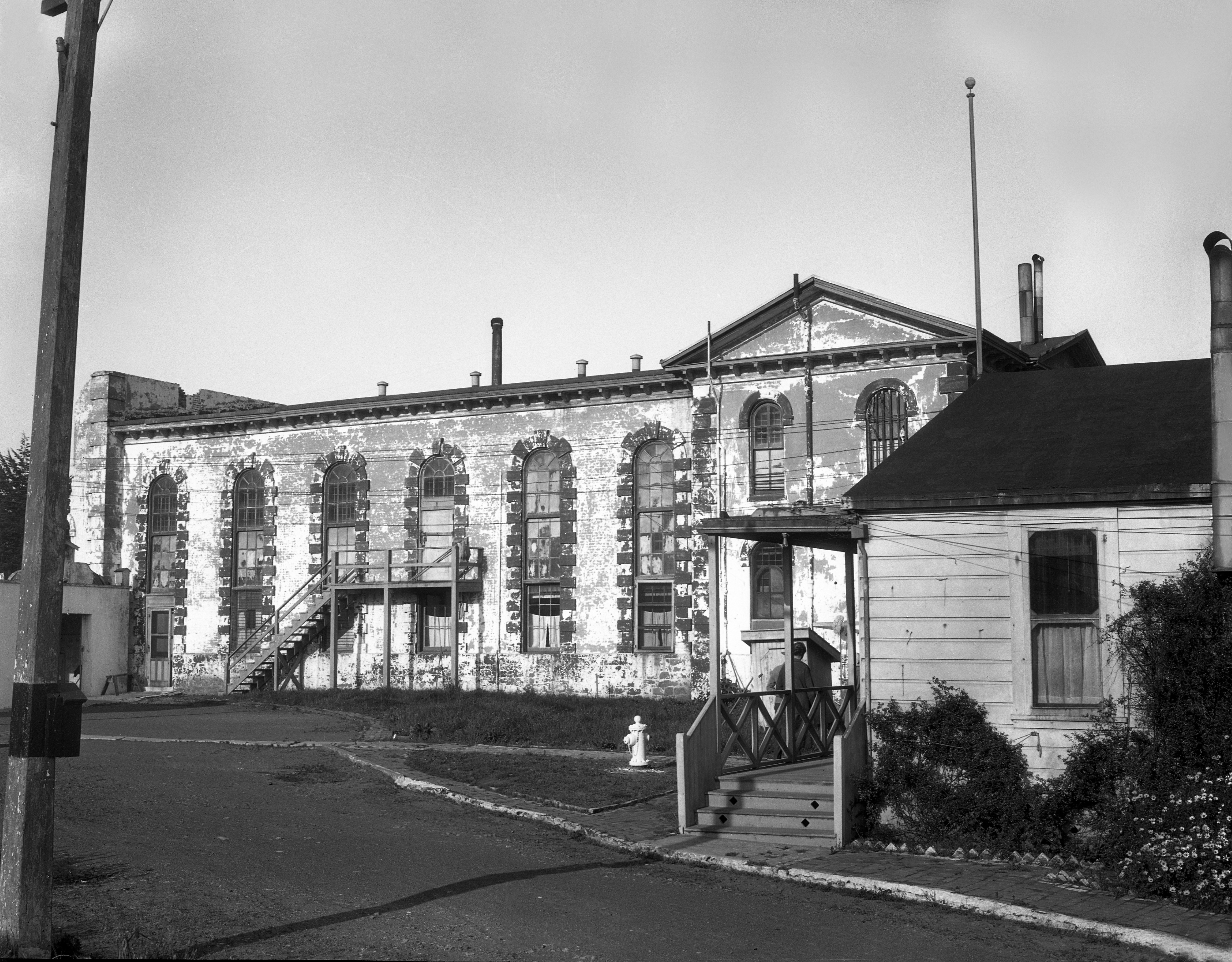 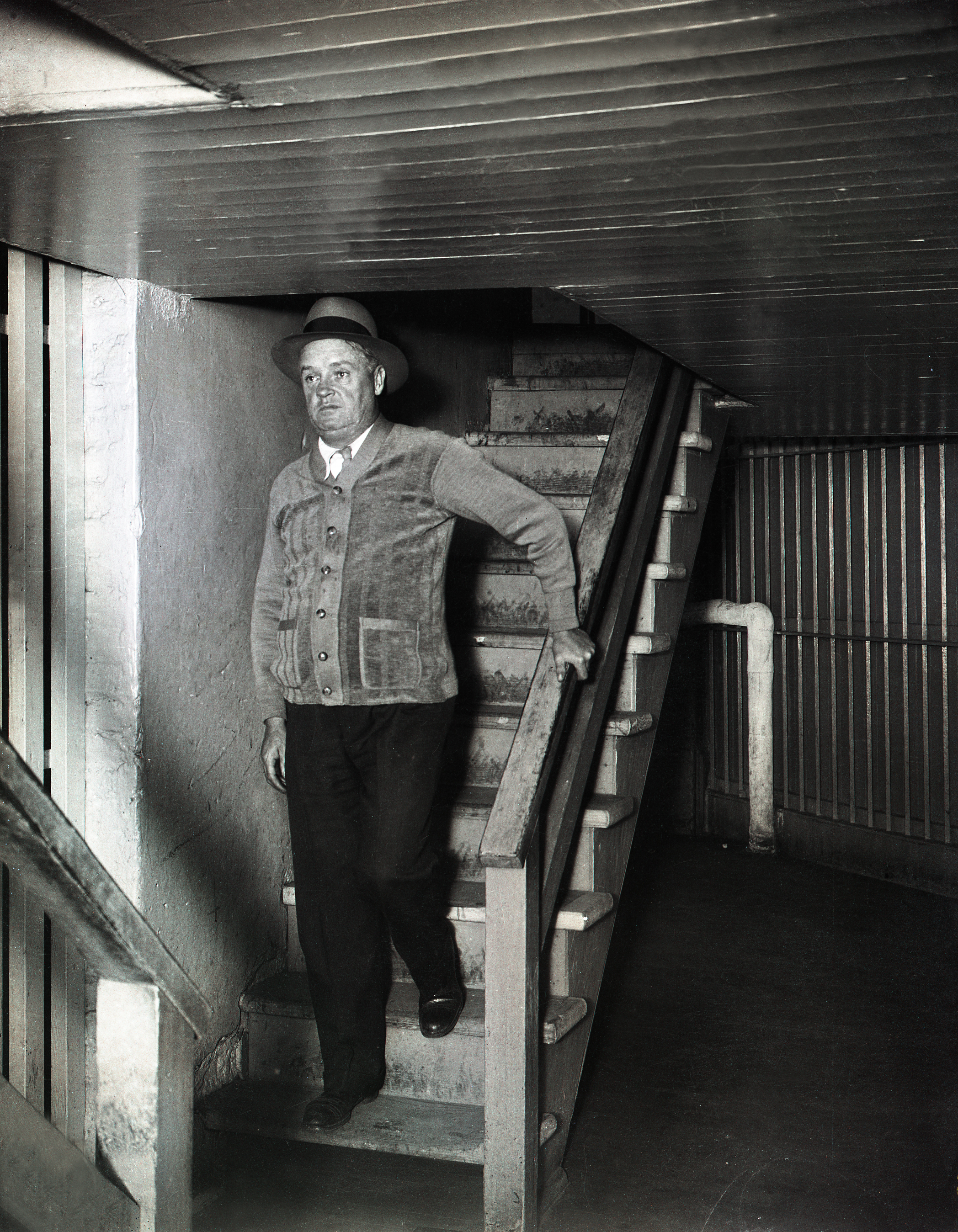 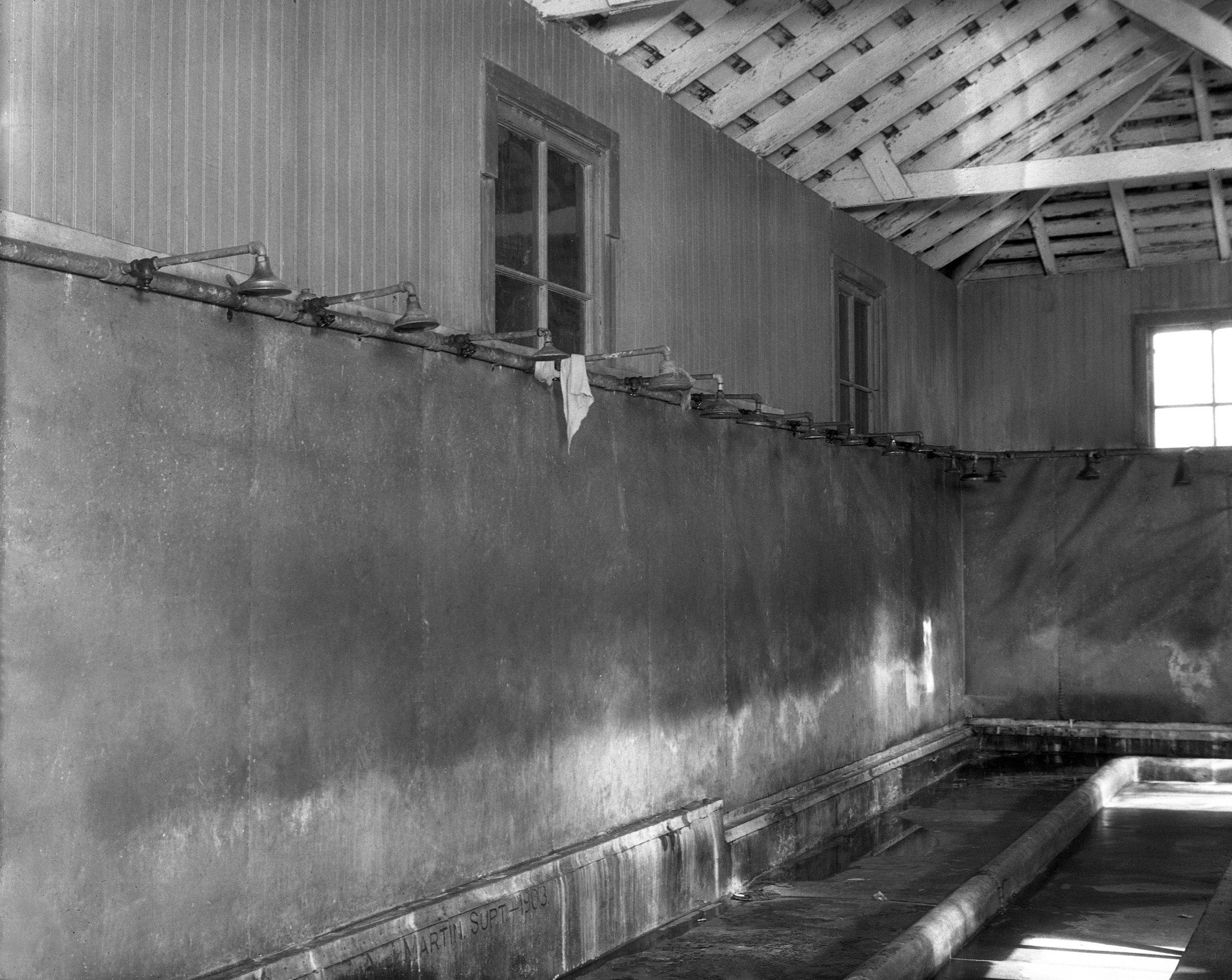 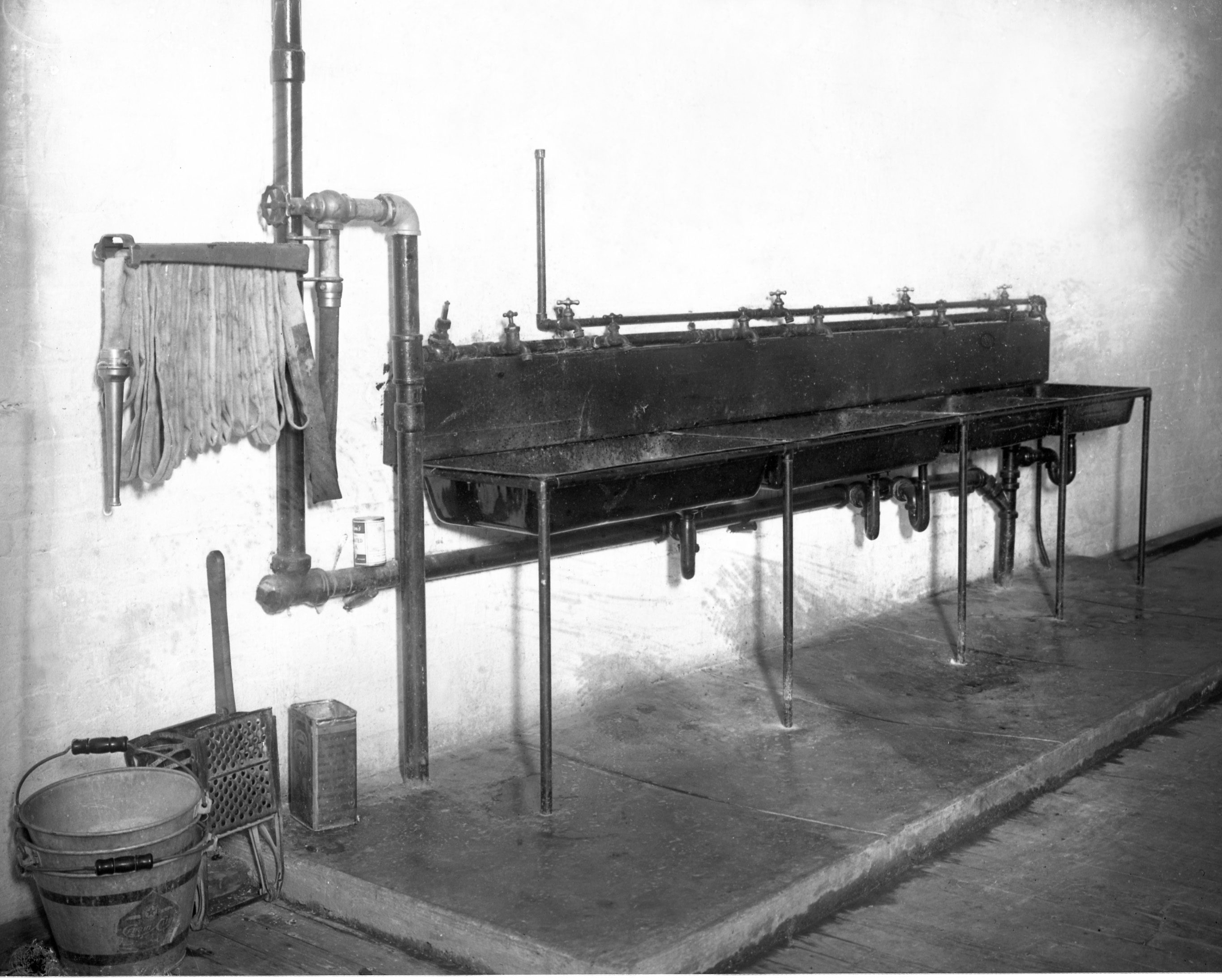 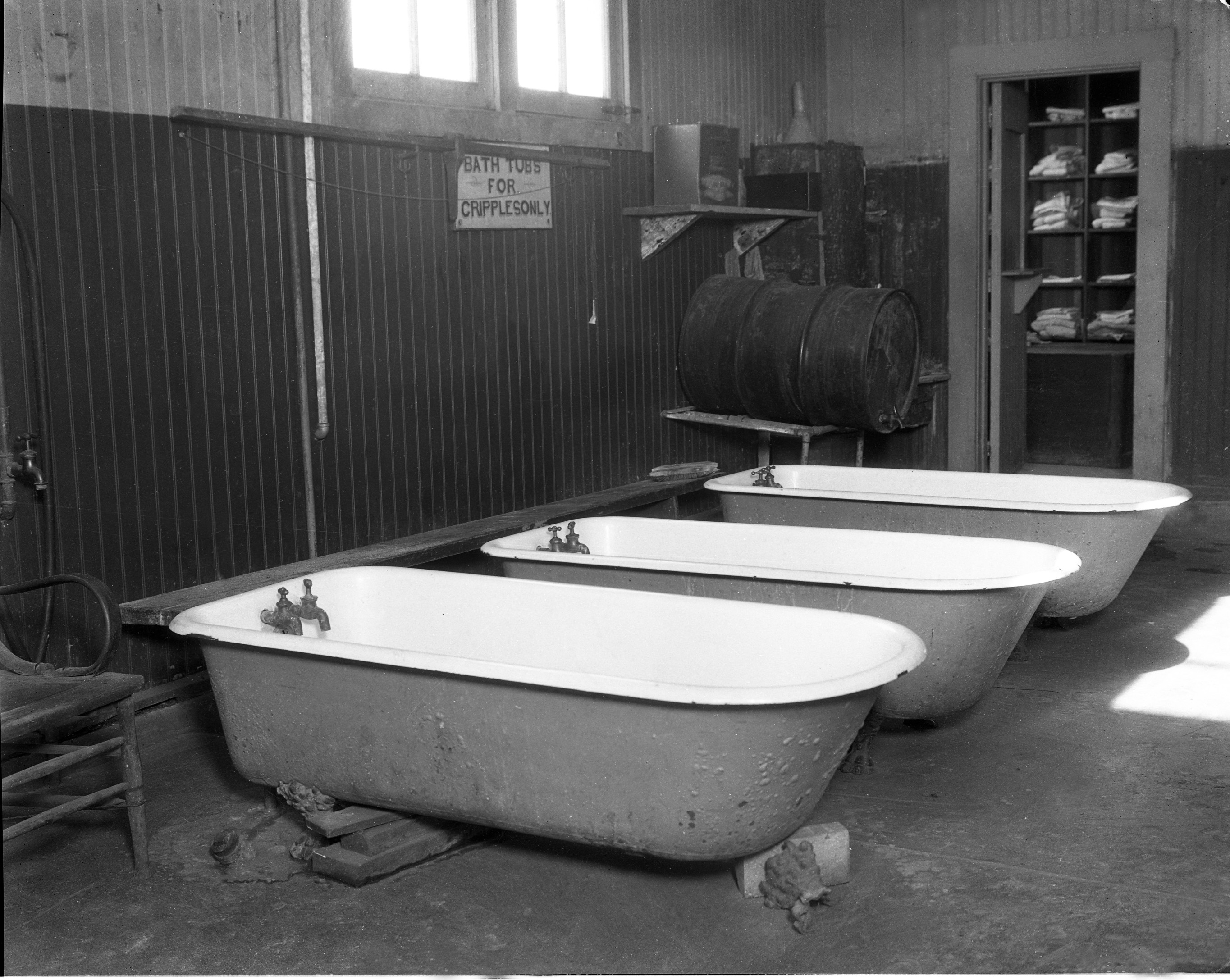 Bathtubs with the sign "Bath Tubs For Cripples Only". 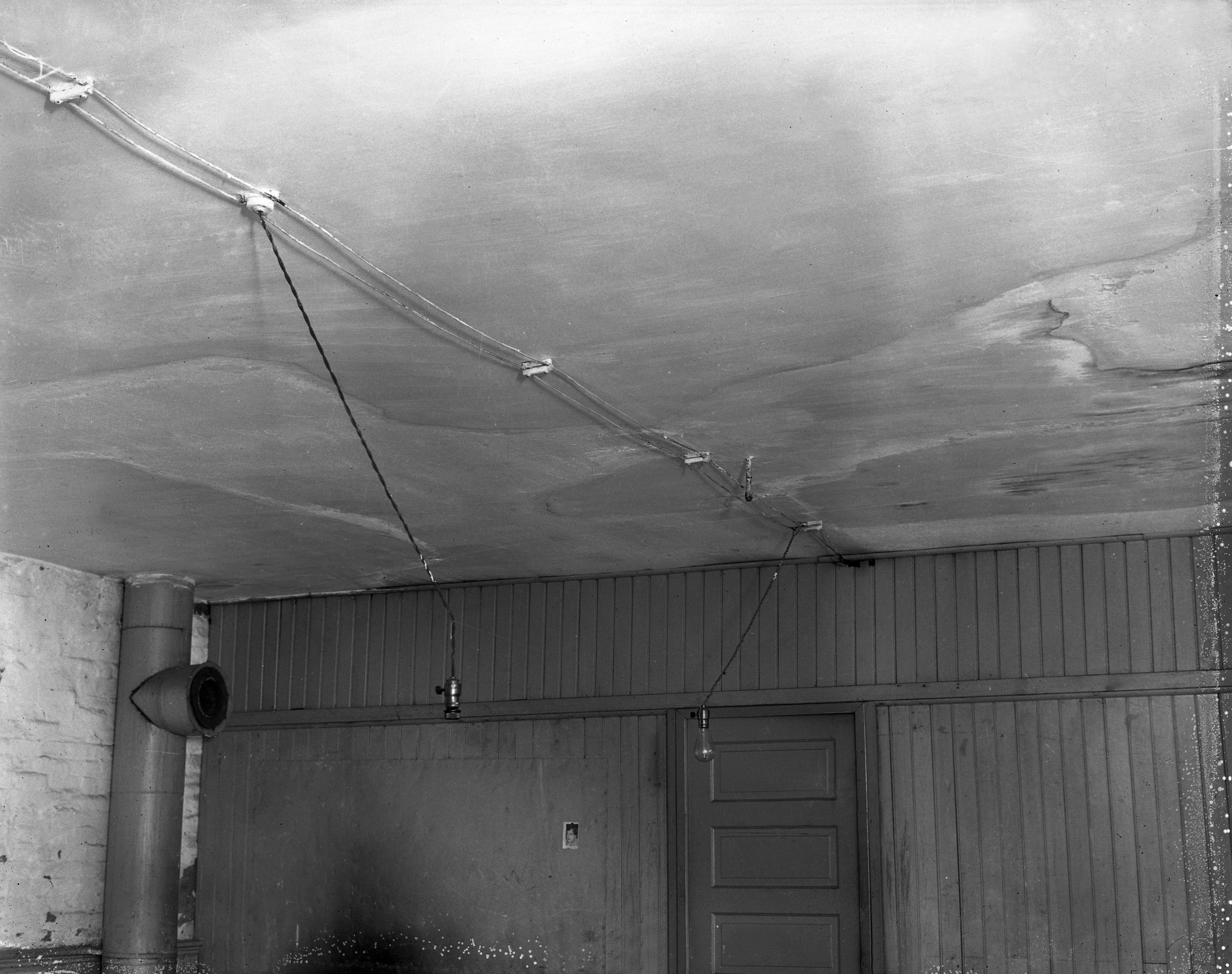 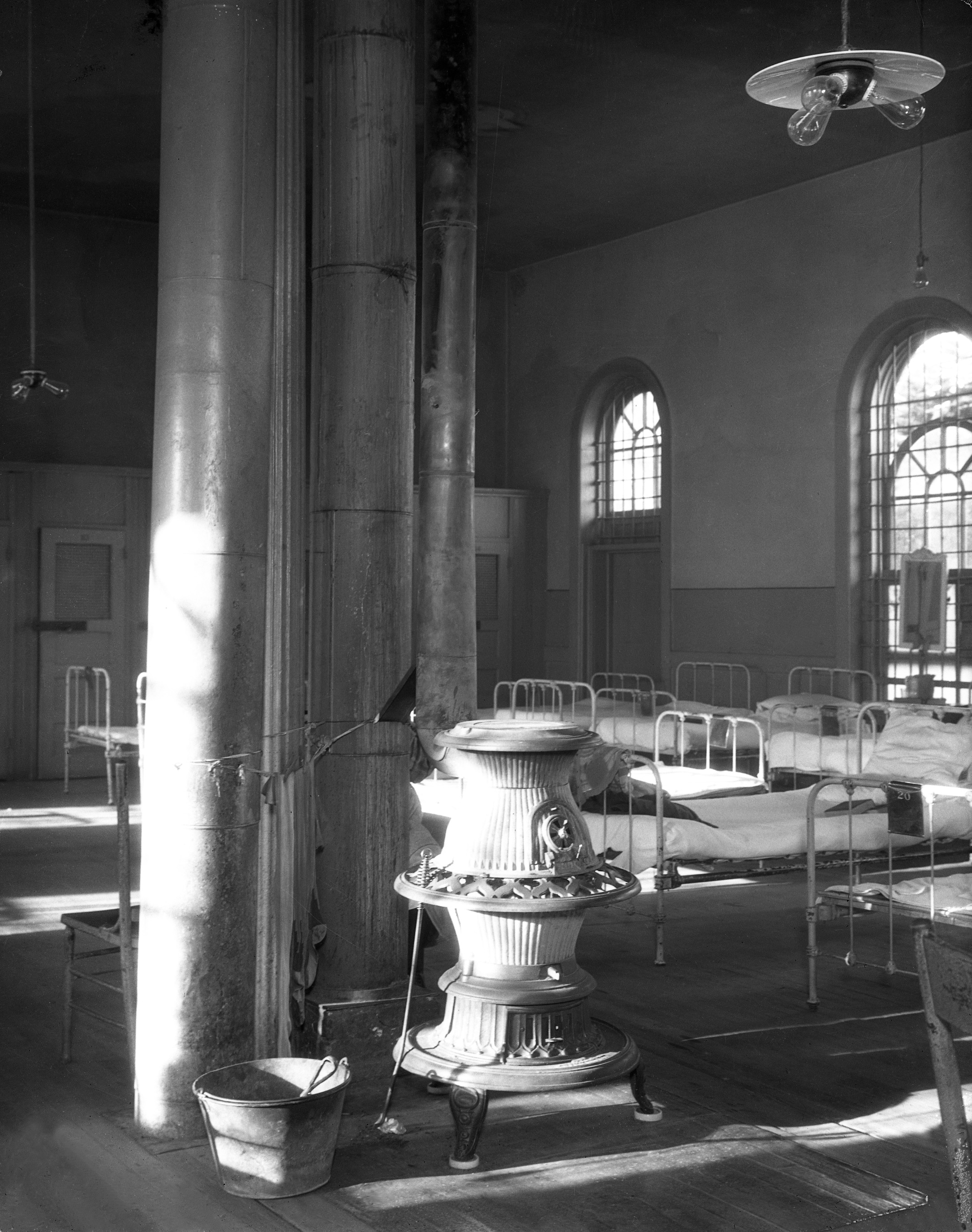 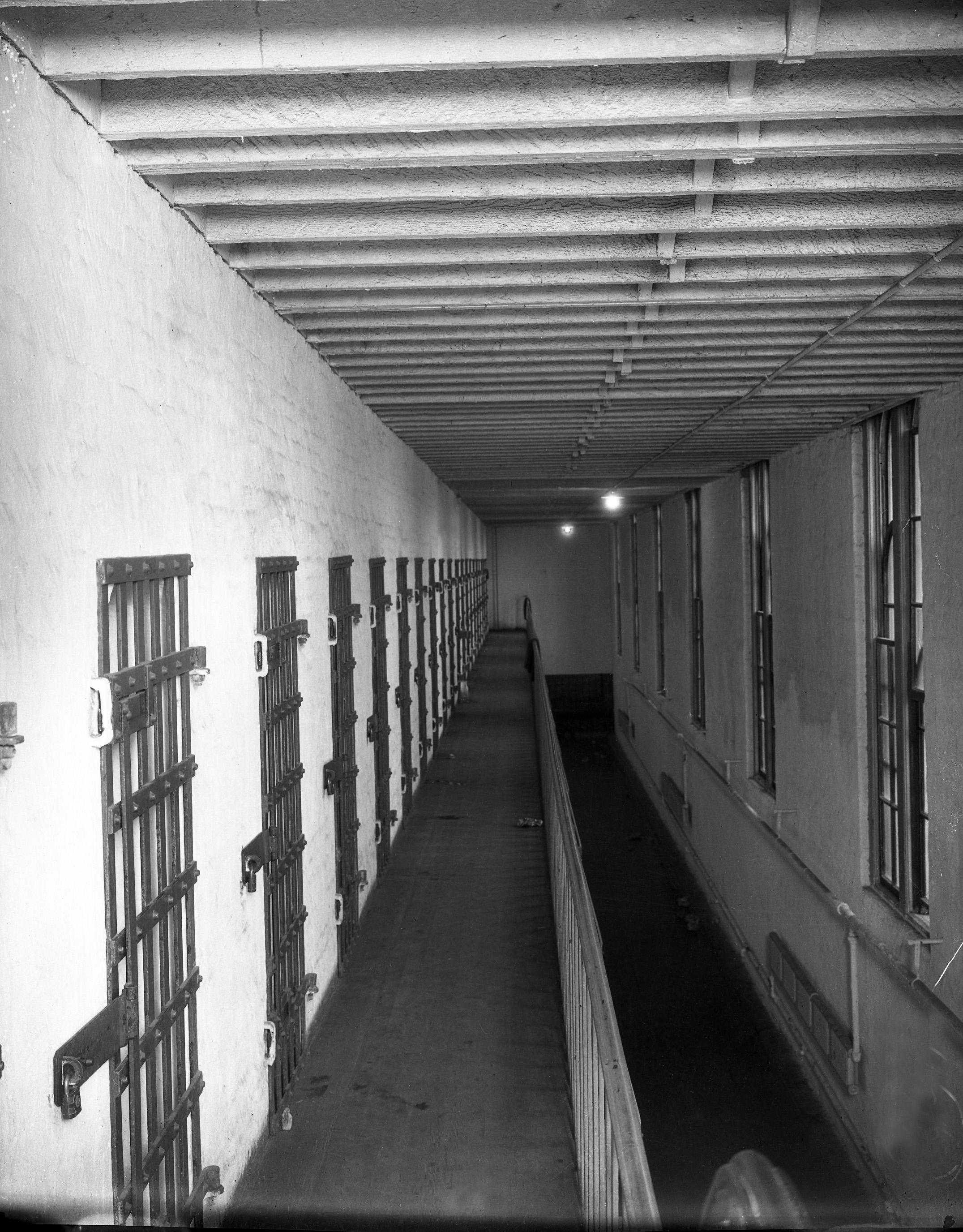 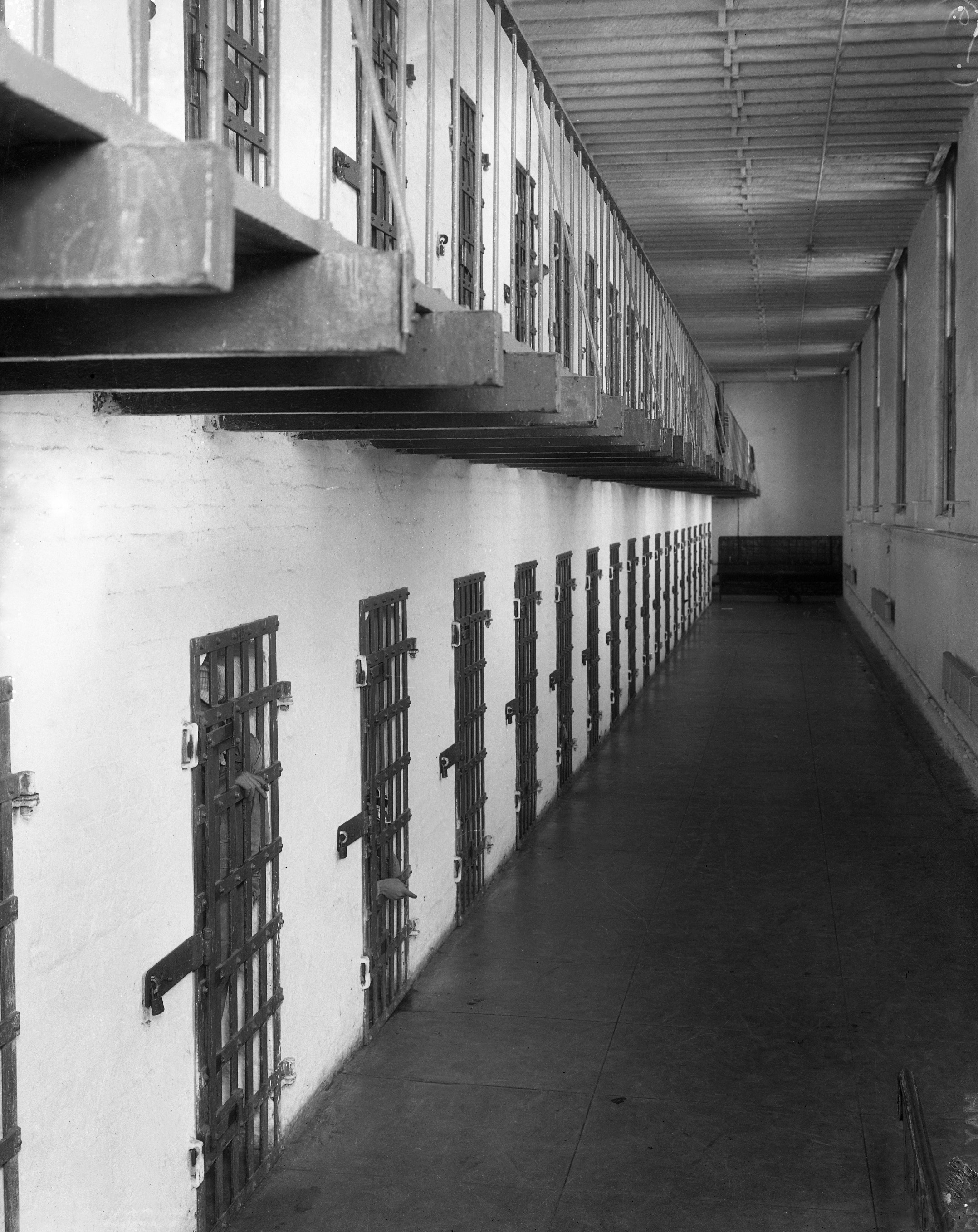 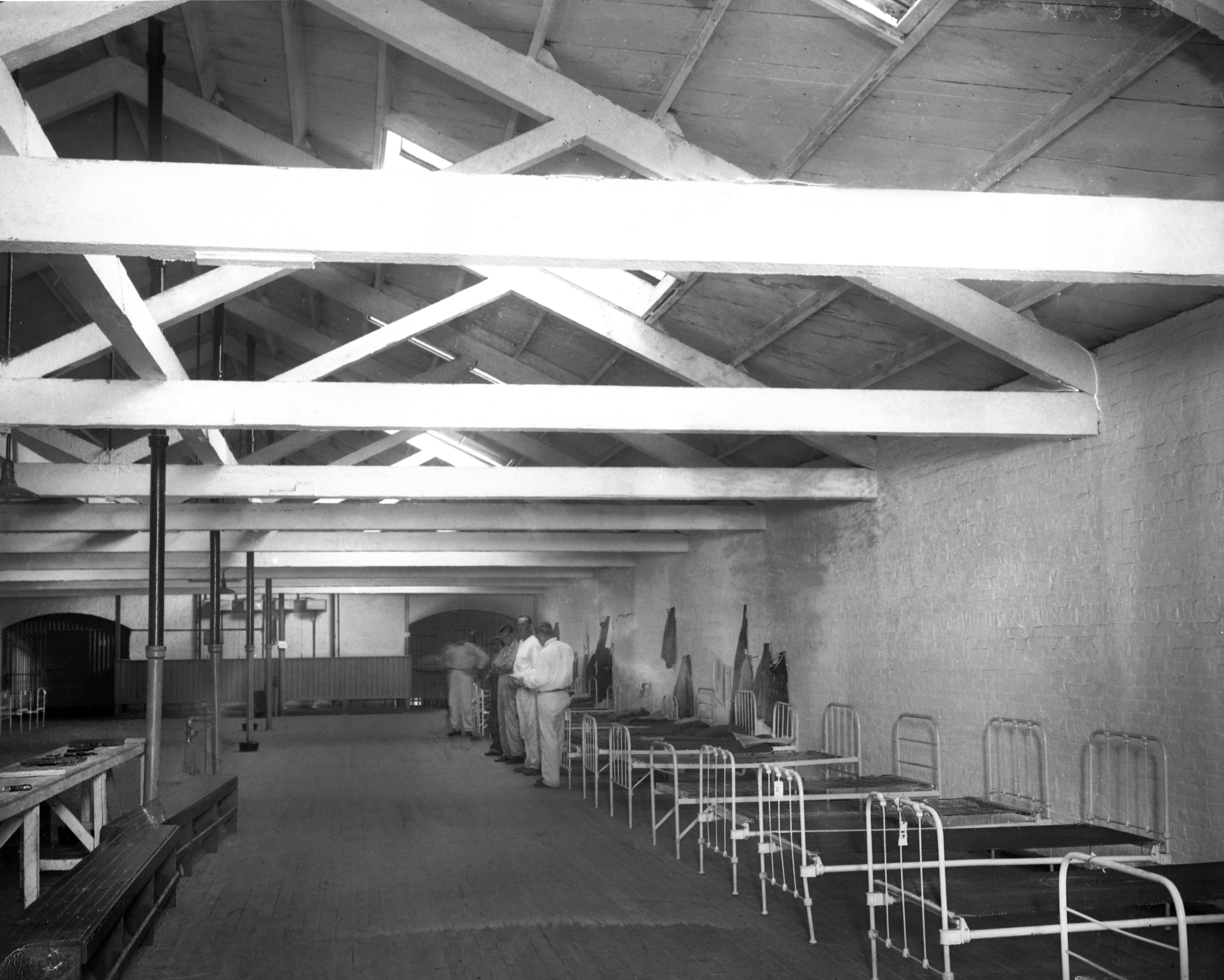 Men's dormitory with beds and common area in center. 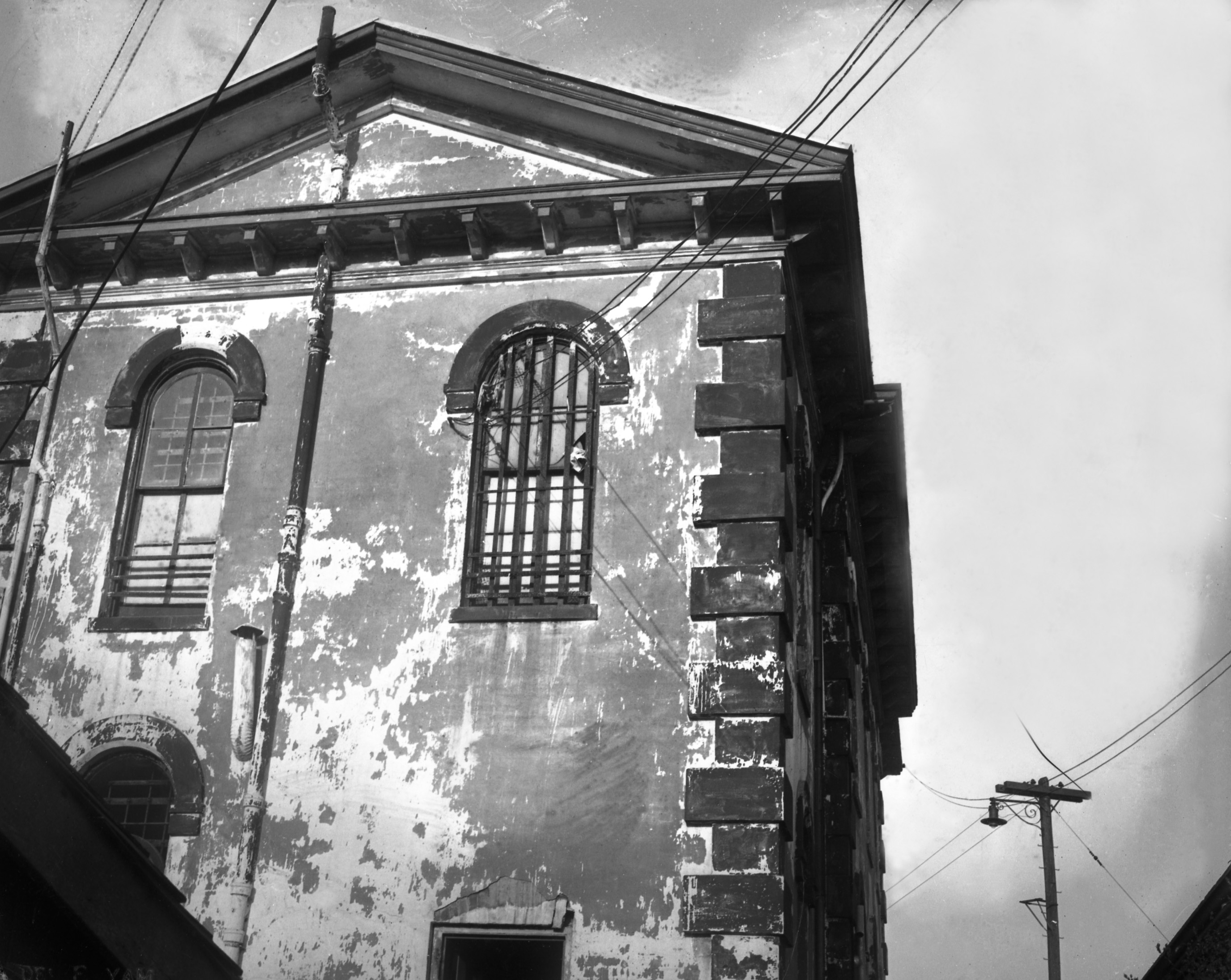 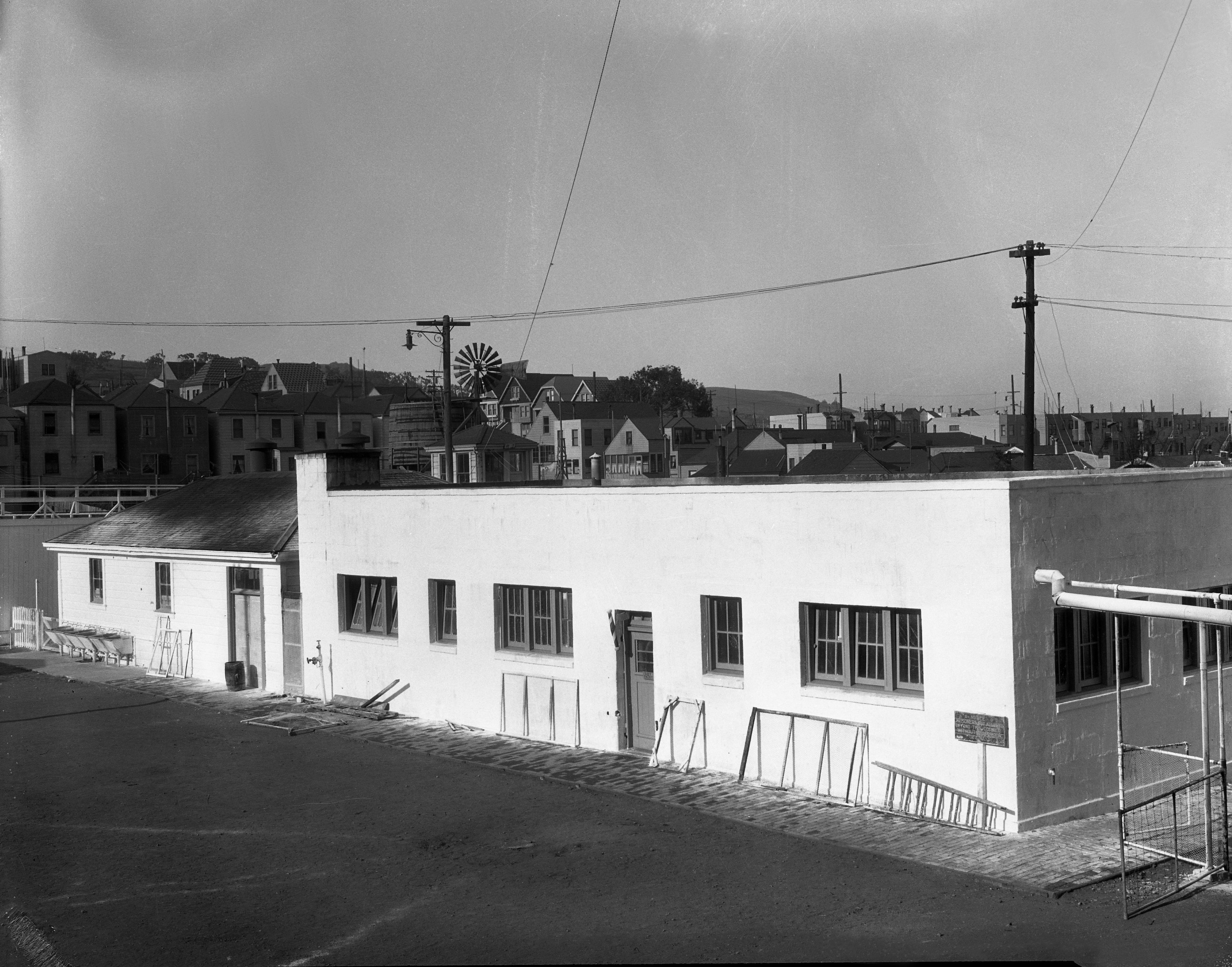 One story building on jail grounds. Sign on right corner of building reads "Notice, Prisoners not allowed beyond this corner without permission of [unreadable]". Notice how close the increasing residential growth in the expanding neighborhood has come right up to the jail property. 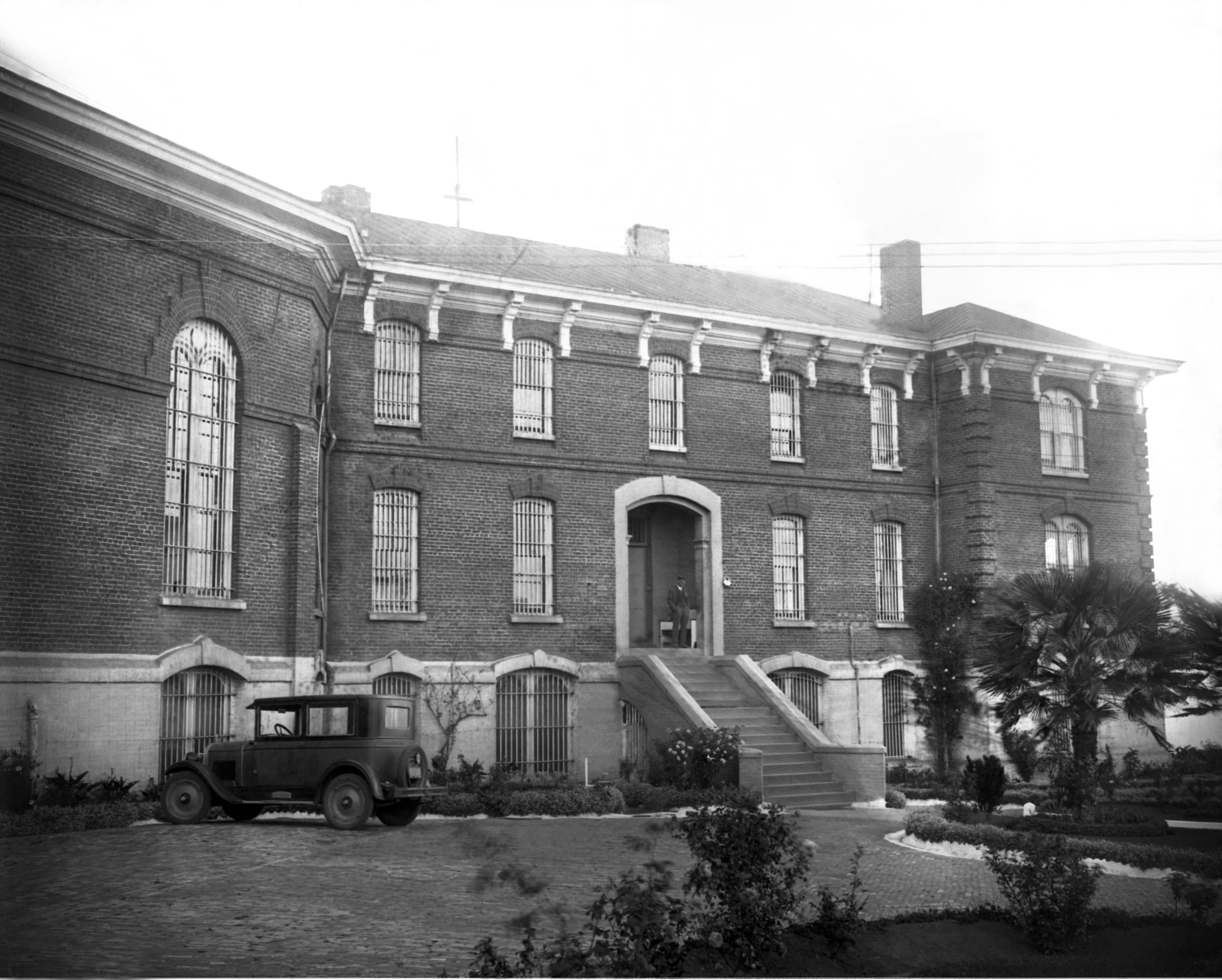